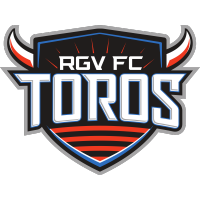 Kinzner adds to the Toros’ backline depth and brings experience from the USL Championship and USL League One in the professional ranks.

The defender began his career in his home state of Washington with the Seattle Sounders Academy, joining then club having begun his development with Federal Way Football Club. Whilst at Sounders Academy, he helped the club’s U-17s squad earn the title at the 2019 Generations Adidas Cup. During this time, Kinzner competed with the U.S Men’s Youth National Team at the U-15, U-16 and U-17 levels.

The 19-year-old then took then next step in his career, initially joining the USL Championship’s Tacoma Defiance as USL Academy signing in the 2020 season before turning professional with the club. Kinzner made 21 appearances across two seasons for the Defiance, logging 1,647 minutes of action and recording 23 interceptions, 60 clearances and 66 recoveries.

This past season, Kinzner competed for both the Defiance following the club’s move to MLS NEXT Pro and went on loan in USL League One with FC Tucson, where he made 12 appearances and posted a duel success rate of 56.4 percent, a tackle success rate of 66.7 percent, and made 33 clearances in 864 minutes of action.