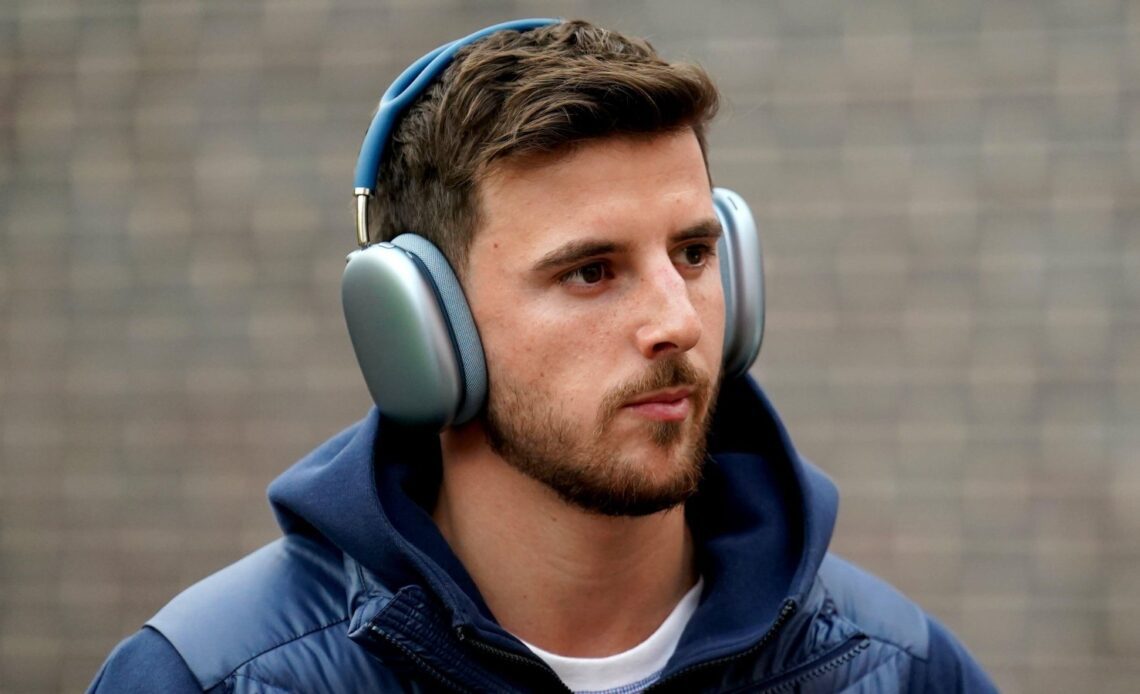 Liverpool are reportedly ‘preparing’ to make a move for Chelsea midfielder Mason Mount in the summer if he does not sign a new contract.

Mount has been an integral player for Chelsea and England over the past few seasons and he has been trusted by several managers at Stamford Bridge.

The 24-year-old already has a lot of experience and he is growing into a complete midfielder for his boyhood club.

His future at Chelsea remains in doubt though as his current contract is due to expire in 2024. Liverpool have been mentioned as a potential destination for the midfielder should he decide to exit Stamford Bridge.

Mount currently earns around £75,000 a week and he will want a decent pay rise to sign an extension. Ex-defender Glen Johnson does not feel that he will get to the level of warranting being paid £300,000 a week.

“Obviously he’s a good player and Chelsea won’t want to lose him but you can’t be held hostage to anyone. I can’t imagine he’s the sort of lad that would down tools if he doesn’t get £300,000-a-week.

“He doesn’t seem like that sort of fella. I don’t believe that’s true, so I think they’ll come to an arrangement eventually.”

Johnson added: “Chelsea may have to keep Mount tactically if they do want to sign Declan Rice as well.”

Rice is a player being linked with both Chelsea and Liverpool, but they are expected to face competition from Premier League rivals Arsenal.

It is a priority for Liverpool to strengthen in midfield in the coming months, with their priority signing expected to be Jude Bellingham.

But The Guardian are reporting that the Reds are ‘putting plans in place for a summer move’ for Mount.

Chelsea are ‘stepping up attempts’ to retain their academy product but they face ‘the growing prospect of Liverpool trying to buy the midfielder this summer.’

Liverpool are ‘prepared to act on their interest’ if Mount’s contract situation drags on until the summer. It is also noted that they have ‘interest’ in Bellingham, Moises Caicedo and Matheus Nunes.

The Blues ‘would be reluctant’ to let Mount leave and they ‘remain optimistic’ that the midfielder will be convinced to stay at the club.

But Mount is standing firm. He is currently one of their ‘lower earners’ and he ‘wants Chelsea to prove they value him’ with his next contract.

Chelsea are prepared to be ‘as…