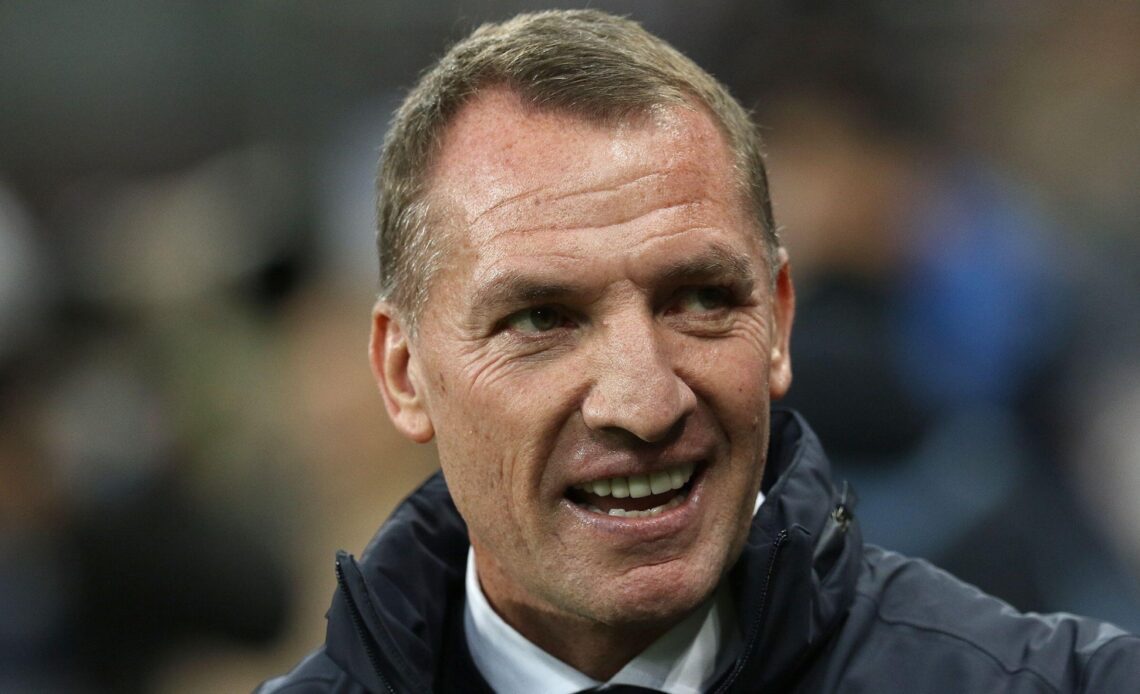 Brendan Rodgers has hinted that some of his Leicester stars have lacked focus since missing out on transfers to “so-called bigger clubs”.

The manager has indicated that “invisible” challenges have hampered his side this term with Leicester sitting just two points above the relegation zone in the Premier League.

Several players were expected to leave the King Power Stadium last summer, including Caglar Soyuncu and Jannik Vestergaard, but they remain at the club and Rodgers alluded to what he has had to deal with.

He said: “The ambition when I joined this club was to disrupt the market and we were in a great position to do that. The pandemic and some of the invisible challenges that people on the outside wouldn’t see has made it difficult for us.

“It is about continually looking to reinforce the qualities of the players. Some have been here a long time and maybe some players felt they were maybe going to get a move to other clubs, so-called bigger clubs, and it hasn’t quite happened.

“My job is to work with the squad here and maximise the talent. We have been able to do that for the majority of time we have been here. There is no doubt we need to continue with that. It’s about consistency at this level.

“You need to be mentally ready, committed and if you can be that you have a chance to perform consistently.

“We believe the next half of games we can be better. We know we have to be better. This month, getting players back and some in, can rejuvenate the squad and get some consistent results.”

Rodgers is, at least, able to keep James Maddison in his thoughts with the forward closing in on a return following a knee injury.

He failed to play for England at the World Cup, having gone to the tournament nursing a knee injury, and returned with another problem with his knee which has sidelined him since.

“James is doing very well so we are hoping he can be involved in the squad at the weekend,” added Rodgers.

The manager refused to discuss Victor Kristiansen but a deal for the Copenhagen full-back is progressing.

Kiernan Dewsbury-Hall has returned to training following a glute problem but Ayoze Perez remains a doubt with a muscle issue.

James Justin and Ricardo Pereira continue to recover from Achilles injuries with Boubakary Soumare out with a hamstring injury.