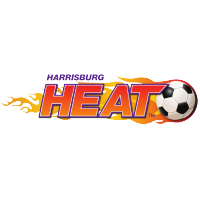 The Harrisburg Heat return home this weekend to play back-to-back games on Saturday and Sunday against the San Diego Sockers. The San Diego Sockers are the top team in the MASL as they have won the league championship the last two seasons. Game time on Saturday is 7:05 PM. Kick off on Sunday is 5:05 PM. Both games are at the Equine Arena located in the Pennsylvania Farm Show Complex.

The Harrisburg Heat return home for four consecutive games after playing their last four games on the road. The Heat have a record of one win and six losses as they have been significantly impacted by illnesses and injuries. In their last four road games, the Heat played without several key players. The win came in their last home game on December 17th as the Heat defeated the Baltimore Blast by a score of 5-4.

Captain, Danny DiPrima, leads the Harrisburg Heat in scoring with five goals and two assists. Forward, Raphael Araujo has recorded three goals and three assists for six points. Darian McCauley and Chase Vosvick have shared goalkeeper starts on the year with McCauley starting three games and Vosvick getting the start in four matches.

The San Diego Sockers are not only back to back MASL champions but they come into the weekend undefeated for the season with six wins and zero losses. Goalkeeper, Boris Pardo leads the league with a goals against average of 3.18. Forward, Tavoy Morgan, leads the Sockers with ten points including seven goals and three assists. Morgan started his MASL career in Harrisburg. Forwards Brandon Escoto and Kraig Chiles have nine points and seven points respectively for the season.