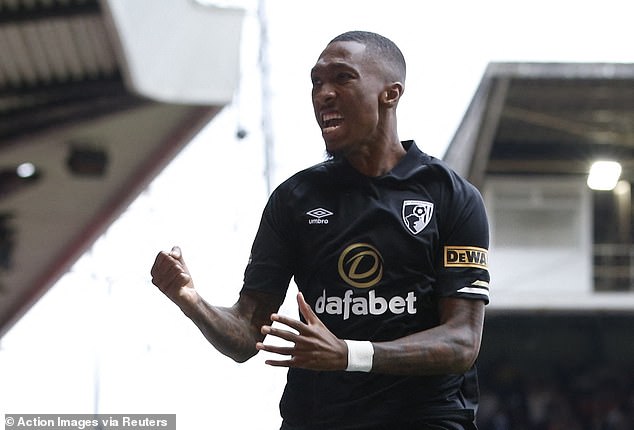 By Adam Shergold for MailOnline

Arsenal are interested in Bournemouth‘s Jaidon Anthony as Mikel Arteta looks to add further wide options to his squad.

The Gunners have opened talks to sign Brighton’s Leandro Trossard this month in a £20million move – but they might not be done there.

Anthony, 23, a former Arsenal academy player, is out of contract at the Vitality Stadium this summer with talks over a new contract not yet producing a deal.

Jaidon Anthony, the Bournemouth winger, is attracting interest from Arsenal and other clubs 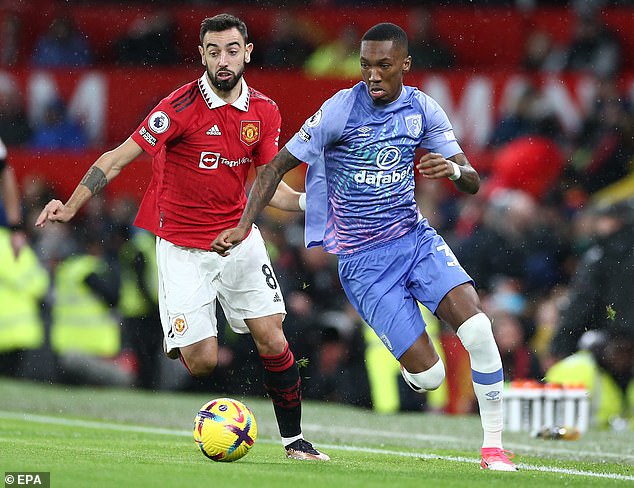 With his age and previous academy experience with the Gunners Anthony is thought to be a shrewd addition with potential for long-term growth.

Left winger Anthony, who was excellent in Bournemouth’s promotion season in 2021-22, would be available for free if his contract runs down.

He has found game time harder to come by in the Premier League with contract talks ongoing, starting only four of the Cherries’ 19 games so far.

Anthony celebrates scoring for Bournemouth against Everton in the Premier League

But Anthony came off the bench to score against Nottingham Forest – a late winner in a dramatic 3-2 comeback win – and against Everton. He also scored against the Toffees in the Carabao Cup.

Despite being restricted to…