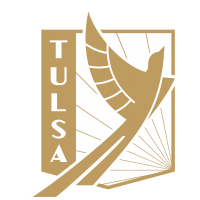 TULSA – With its USL Championship regular season set to commence in mid-March, FC Tulsa has finalized its preseason schedule to kick off in early February. The club will play a total of seven preseason matches, all of which will feature split-squad action. Six of the seven preseason contests will be played in Tulsa with the other taking place in San Antonio.

Match length will gradually increase from match to match as player fitness continues to escalate in preparation for the start of the regular season. The intrasquad scrimmage will feature two 15-minute matches before match times increase to 45 minutes, 60 minutes, 75 minutes, and finally 90 minutes to conclude the preseason. All matches will be closed to the general public, but one contest that will be revealed at a later date will be opened exclusively to Club 918 Members.

“This preseason has been built on the understanding of a new group coming together that is looking to build a game model,” said FC Tulsa head coach Blair Gavin. “We have prioritized trainings in order to build the daily habits needed for a winning culture and establish a collective understanding regarding our attacking style of play. Each week will build into a game that will give us an opportunity to evaluate how we are progressing to our goals.”

Throughout preseason play, the FC Tulsa roster will be split into two sides, each of which will play one match against its opponent. The roster will be pitted against itself in the club’s intrasquad scrimmage on February 5 before both subsets of FC Tulsa’s roster play a full 45-minute match vs. the Golden Eagles of ORU on February 11.

A week later, FC Tulsa hits the road to take on San Antonio FC where the roster will again be split into two halves, each of which will be tasked to take on last season’s USL Championship title winners in a 60-minute affair. On February 25, a round robin style competition will be held between FC Tulsa, reigning USL League One champs Union Omaha, and the University of Tulsa. Once again, the Tulsa…