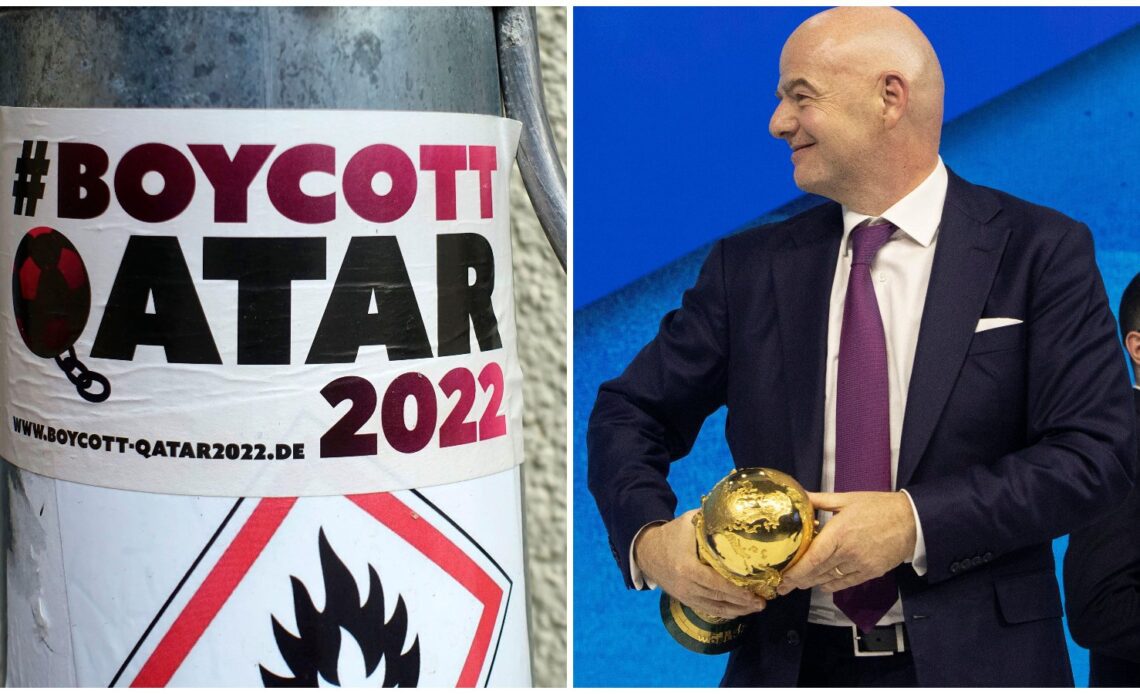 Gianni Infantino used an example of ‘pure racism’ to draw attention away from a myriad of issues in Qatar on the eve of the World Cup.

Amid thousands of migrant worker deaths, human rights issues, homosexuality snubs, beer being banned and paid fans not being paid, Infantino used the views of a social media minority in some stunning whataboutery.

As Harry Kane and the England team arrived in Doha they were greeted by hundreds of Indian expats serenading them with “It’s coming home”.

That led to suggestions that these fans were being paid by Qatar to support various nations at the World Cup. Fifa have denied those claims.

“The world is divided enough. We are organising a World Cup, not organising a war. We organise a World Cup where people with many problems, everyone in his or her life, want to come and enjoy.

“Look at the city, it’s beautiful. People are happy to celebrate. They were happy when the teams come.”

OK, we’ll warn you, this is where he goes loopy. Infantino clearly believes that because some have suggested that Qatar may be paying people who “look like Indians” to support England, those people are racist, rather than people that are simply very suspicious of anything to do with this World Cup.

What exactly did he read? We have no idea.

“When the teams come what do I read? ‘These people don’t look like English, they shouldn’t cheer for English, because they look like Indians.’ I mean what is that?

“Can somebody who looks like an Indian not cheer for England or Spain or for Germany. You know what this is – this is racism. It’s pure racism. And we have to stop that because everyone in the world has the right to cheer for who…

In another incredible part of this truly bonkers press conference, Infantino equated him being bullied for having “red hair and freckles” to being sent to prison for being gay and dying while working to build stadiums in Qatar.

Infantino said: “We have told many, many lessons from some Europeans, from the western world.

“I think for what we Europeans have been doing the last 3,000 years we should be apologising for next 3,000 years before starting to give moral lessons to people.”