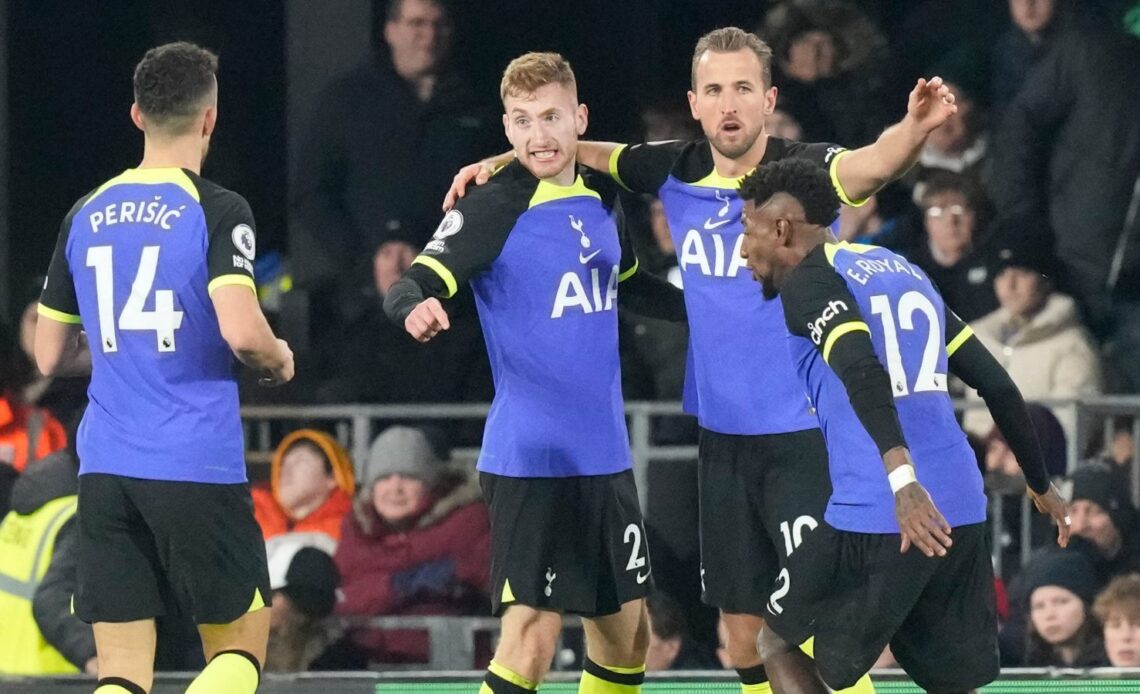 Harry Kane equalled Jimmy Greaves’ goalscoring record of 266 goals for Tottenham and he was the match-winner as Antonio Conte’s side edged past Fulham.

It is only a matter of time until Kane becomes Tottenham’s standalone top scorer. Greaves has held the record on his own since 1970.

Spurs had been slightly off the pace before Kane created space on the edge of the area and fired past Bernd Leno in the Fulham goal in first-half stoppage time.

Tottenham had gone into the game with an unenviable record of 21 goals conceded in their last 10 Premier League matches, but Monday’s win lifted them to within three points of Manchester United in fourth.

Kick-off was delayed by 15 minutes ahead of the match to allow more fans to get to the stadium following severe disruption on multiple Tube lines.

Neither side were able to impose themselves in the early stages, but there were a few flying tackles and miss-placed passes from both sides.

Andreas Pereira’s free-kick in the 11th minute was the best of the opening exchanges, but his strike was straight at Hugo Lloris.

Harrison Reed almost gave Fulham the lead in the 19th minute after he flicked a cross from Pereira goalwards, but the ball ended up in the hands of the Tottenham goalkeeper.

Fulham dominated for large periods of the first half, with Spurs pegged back, but the hosts were unable to turn their possession and pressure into clear-cut chances.

In a rare threatening moment for Spurs Kane tried his luck from distance, but his strike sailed over the bar.

Leno was called into action minutes later, however, as he saved at his near post to deny Emerson Royal.

Late in the first half Fulham had another opportunity, but Joao Palhinha and Issa Diop went for the same ball in the box and the header flew over the bar.

Instead Kane put Spurs in front against the run of play with a landmark goal, capitalising on space between the lines.

Son Heung-min laid the ball off to his strike partner, who took a touch to create some space before curling a low strike past Leno from the edge of the box.

His record-equalling strike was met with tongue-in-cheek chants of ‘one-season wonder’ from the away fans.

Kane almost moved past Greaves’ mark in the 58th minute when he was picked out unmarked in the centre of the area around six yards out, but Leno made a strong save to palm the striker’s header over the bar.

Fulham had largely struggled to impose themselves as they did in the first half, but Tom Cairney did manage to…