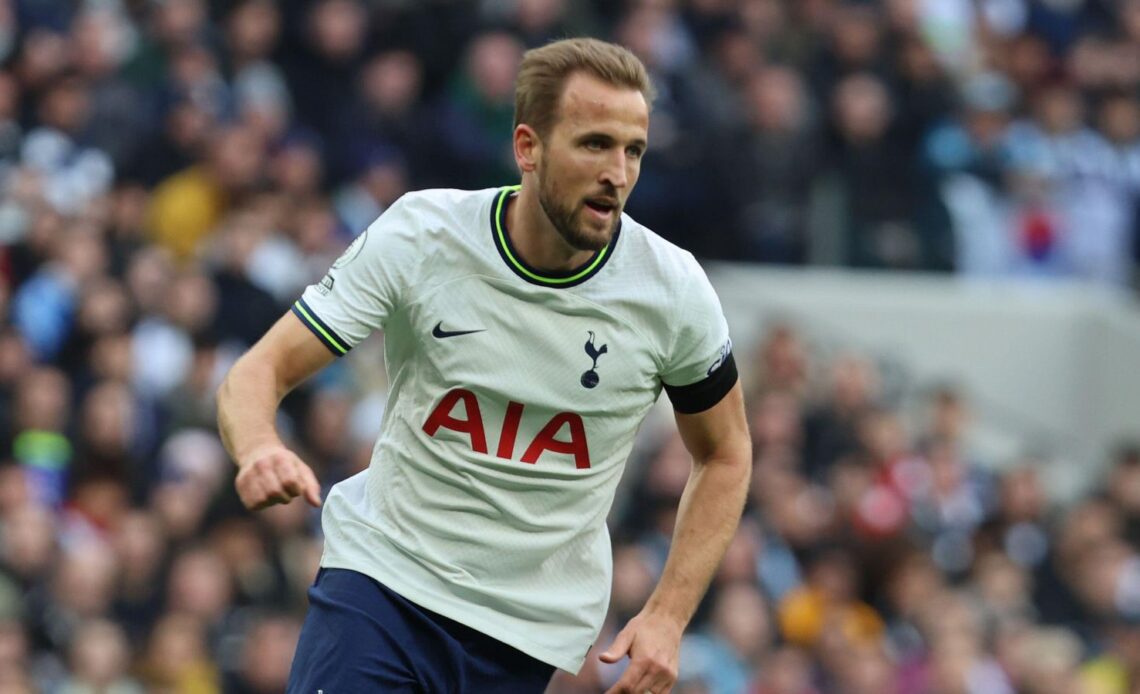 When not ballooning World Cup quarter-final penalties high into the Qatar sky, Harry Kane spends much of his time scoring enormous numbers of goals for Spurs. Worra trophy etc.

Anyway, he’s closing in on a couple of pretty hefty records; his winner against Fulham took him level with Jimmy Greaves’ all-time Spurs goals record of 266 and was also his 199th in the Premier League.

It was very much not the first landmark or record-breaking goal of Kane’s Spurs career; here are some of the others. And we’ve not even mentioned the record-equalling 53 goals he scored for England before that penalty blunder…

The first goal: December 15 2011 – Shamrock Rovers 0-4 Tottenham (Kane 90+1)
Like so many others, Kane’s earliest chances at Spurs came often a) from the bench and b) in the Europa. It wasn’t until his sixth appearance in that year’s competition that he finally got off the mark, providing late gloss to the scoreline after a veritable who’s who of Tottenham goalscoring greats had sealed the points before half-time: Steven Pienaar, Andros Townsend and, to be fair, Jermain Defoe.

The first Premier League goal: April 7 2014 – Tottenham 5-1 Sunderland (Kane 59)
Having been discovered after a run of three defeats in four games during Tim Sherwood’s gilet-and-banter reign, Kane finally got his first Premier League goal to put Spurs 2-1 up against bottom-of-the-table Sunderland. It was set up by Christian Eriksen, which is something that would happen a further 32 times over the years to come.

The first hat-trick: October 23 2014 – Tottenham 5-1 Asteras Tripolis (Kane 13, 75, 81)
We’re now at the start of the Mauricio Pochettino era, and the single greatest game of football ever played. Shut up, it is. First, it was the game where Erik Lamela gave every football fan a raging Rabona with a ludicrous goal. Around that, Kane scored three goals playing as a number 10 behind Emmanuel Adebayor. Then, in an early shadowing of his future all-round adaptability, Kane ended up in goal after Hugo Lloris got himself sent off four minutes after Pochettino had used his final substitution. Turns out that goalie is the one position Kane can’t play, though: he let a tame 89th-minute free-kick squirm under him to give Asteras a consolation.