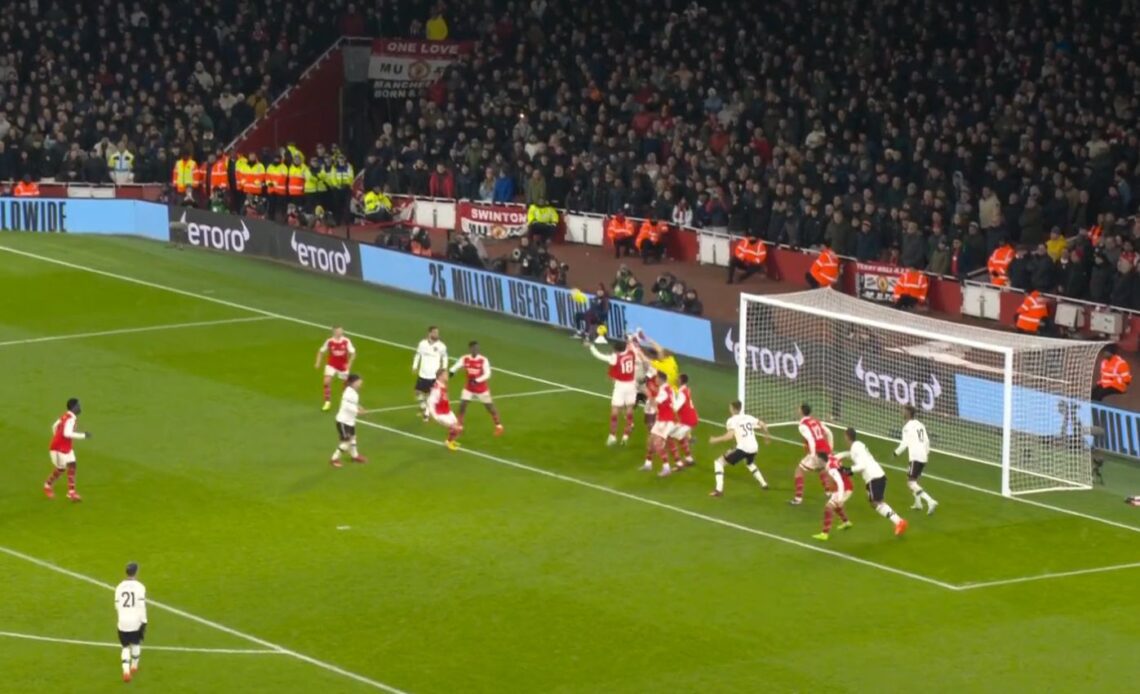 Arsenal target Jakub Kiwior was spotted in the director’s box as the Gunners faced Manchester United.

Fabrizio Romano recently confirmed to CaughtOffside via his Substack column that a deal bringing Kiwior to Arsenal was complete, pending official confirmation.

Now, Kiwior has been spotted alongside Edu Gaspar in the director’s box during Arsenal’s game against Manchester United, as seen in the photo below.

Cameras showing Jakub Kiwior in the directors box. He gets a pat on the back from Edu. pic.twitter.com/ELPWNn0wHB

You’d like to think with Kiwior being in attendance that a deal is going to be announced in the not-so-distant future.