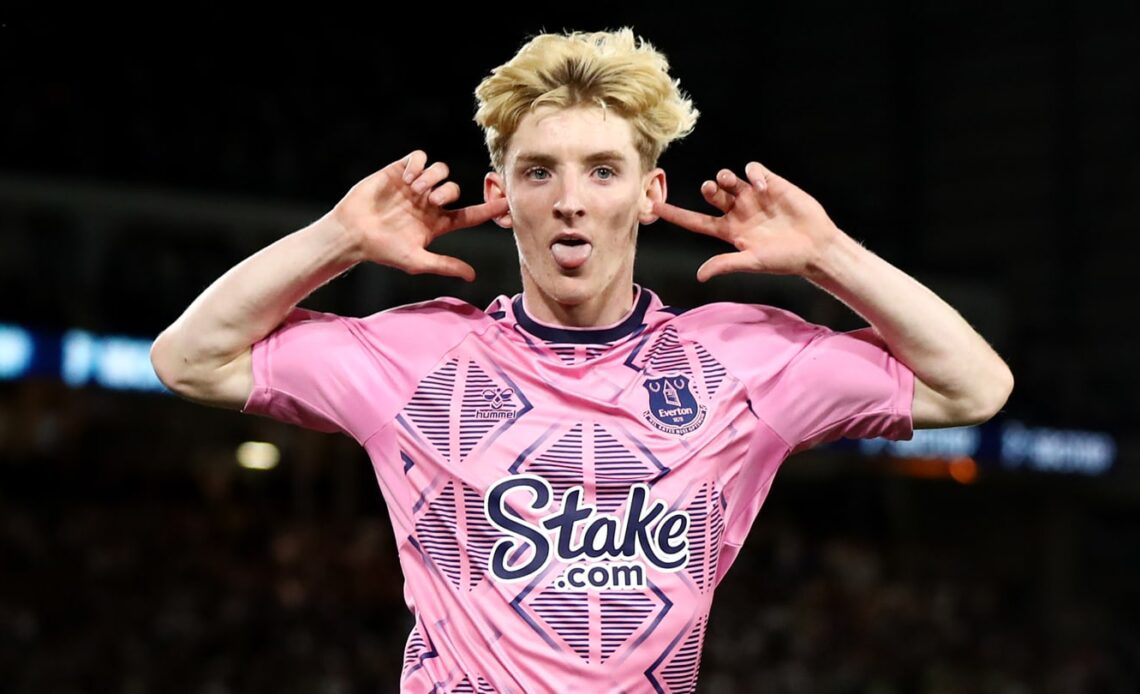 Everton are considering approaches for Anthony Gordon after a number of Premier League rivals made enquiries about signing him this month, 90min understands.

Chelsea came close to landing Gordon last summer, but Everton held firm rejecting a number of bids from Stamford Bridge with the last offer worth up to £45m.

21-year-old Gordon had been expected to sign a new long-term deal after Chelsea’s summer assault but talks with Everton have stalled.

With Everton now needing to bolster their squad in other areas, taking Gordon off their hands is seen as a real option by a number of clubs. The Toffees have already agreed a deal for Villarreal’s Arnaut Danjuma, which could also help facilitate a Gordon departure.

Newcastle United, who have allowed Chris Wood to join Nottingham Forest, are long-term admirers of Gordon and are eager to talk to Everton about a possible deal as they look to bring in extra attacking options this month.

Eddie Howe, who has sanctioned a move for Brazilian youngster Matheus Franca, wants to bring in someone with experience and is ready to start. Having registered an interest in Chelsea’s Hakim Ziyech, they are now looking at Gordon who they see as a very interesting option.

But 90min understands Newcastle are not the only club who like the look of Gordon, with Leicester City, Aston Villa and Nottingham Forest among those who are interested in a possible January deal.