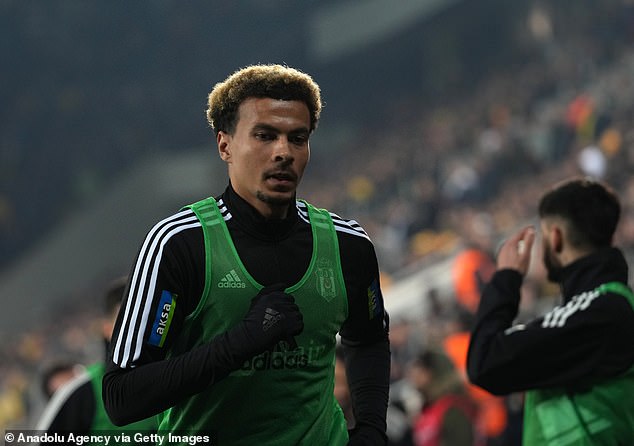 ‘He doesn’t deserve to play’: Besiktas coach Senol Gunes SLAMS Dele Alli yet again as the Englishman continues his nightmare spell in Turkey… with the midfielder left as an unused substitute during their cup defeat to Ankaragucu

By Will Pickworth For Mailonline

Besiktas coach Senol Gunes has claimed Dele Alli ‘doesn’t deserve to play’ at the moment after he was an unused substitute in the Turkish side’s defeat to Ankaragucu on Wednesday.

Alli, 26, joined Besiktas on loan from Everton last summer in a bid to spark some life into his fledgling career after a number of difficult years.

However, it has been a miserable spell for the former Tottenham star in Turkey with Alli struggling to make an impact and making just 10 appearances for the club, despite the fanfare that greeted his arrival.

His stint in Turkey seemed to take another blow on Wednesday as Gunes left Alli on the bench throughout their last-16 Turkish Cup defeat on penalties to Ankaragucu, before calling out the midfielder post-game.

Speaking after the match, Gunes said: ‘Dele Alli has had a good career.

‘But he doesn’t deserve to play at the moment.’

Gunes’s criticism comes after news broke earlier this month that Besiktas reportedly want to send Dele Alli back to Everton due his struggles – but any return seems unlikely with there not thought to be a break clause in his loan agreement. 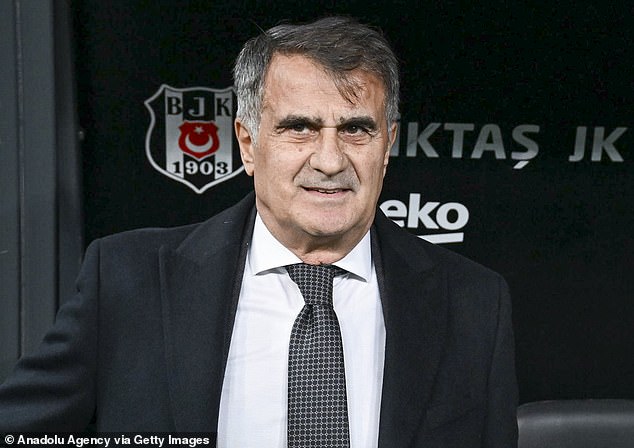 The report stated there was an expectation on Everton’s side that should Besiktas end the loan early, they would still be liable to pay his wages in full and the pre-agreed £1m loan fee.

It’s not the first time Gunes has publicly called Alli out, with the coach slamming the Englishman for his ineffectual performances in November after hauling him off at half-time against Umraniyespor in late October.