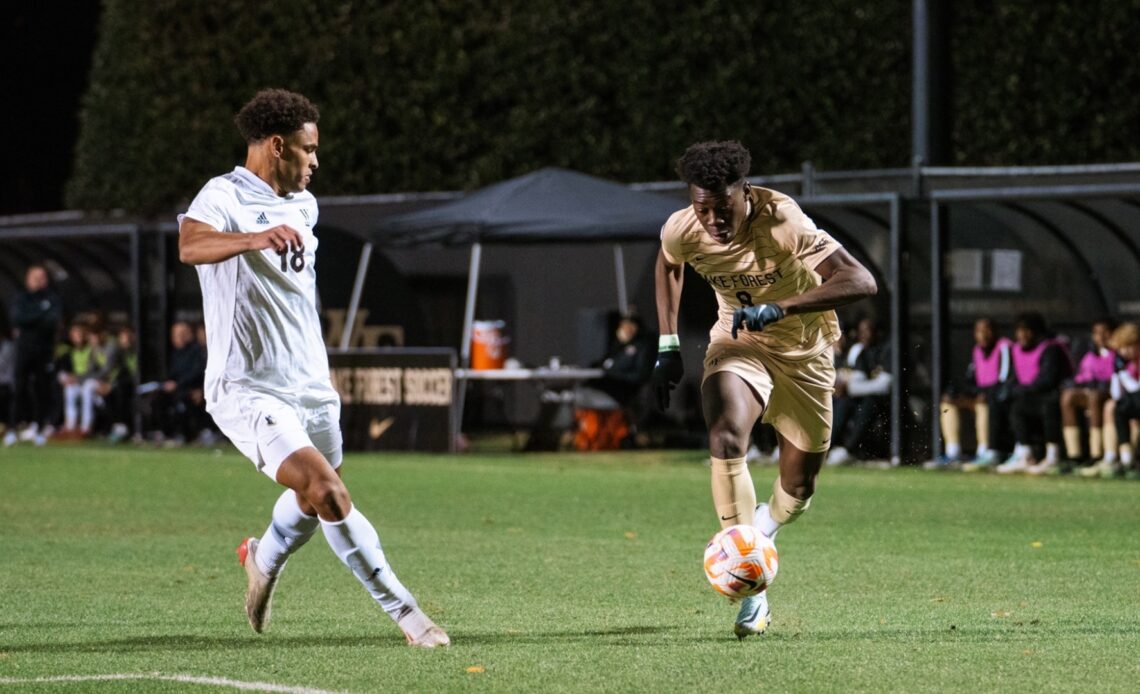 Mitchell is one of 23 players to be selected for this month’s training camp and the only collegiate player to be named to the roster.

Through two seasons in Winston-Salem, Mitchell has been a presence for the Deacs’ attack collecting 12 goals with six assists in 41 appearances.

During the 2022 season in which Wake Forest earned 14 wins and a 12th-straight NCAA Tournament selection, Mitchell earned All-ACC second-team honors as he led the Demon Deacons in shots (53), shots on goal (28) points (18) and goals (seven). He collected ACC Offensive Player of the Week honors on Sept. 13 after scoring his first collegiate hat trick against Winthrop and the game-winner against NC State.

As a freshman, the Montclair, N.J., native scored five goals highlighted by a match-sealing strike against FIU in the second round of the 2021 NCAA Tournament.