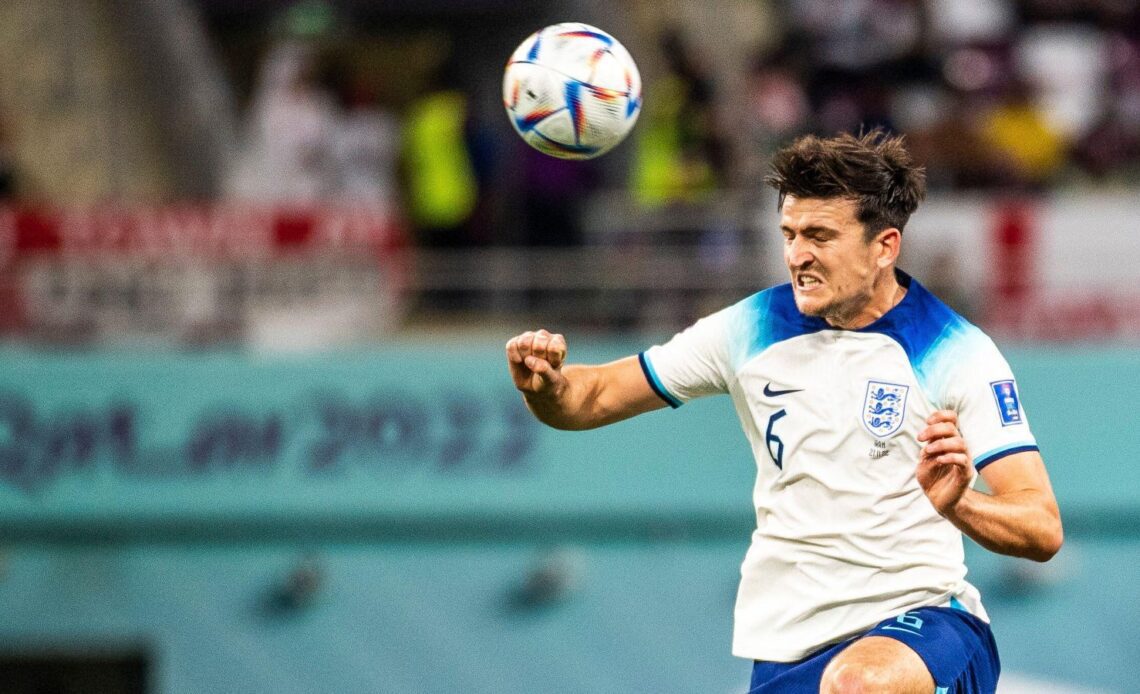 Gabby Agbonlahor thinks all the “sheep” who criticise England defender Harry Maguire need to “grow up” after his “outstanding” display against Iran.

The Three Lions beat Iran 6-2 on Monday in Qatar as they began their World Cup Group B campaign with three points to top the table.

Bukayo Saka grabbed a brace, while Jude Bellingham, Raheem Sterling, Marcus Rashford and Jack Grealish all got on the scoresheet too in a comfy win.

Maguire, who has been heavily criticised over the last season or two at Manchester United, played really well aside from a lapse of concentration for Iran’s first goal.

However, Southgate started him against Iran and Agbonlahor thinks the “sheep” should now get behind Maguire because “he’s going to be starting every game for England”.

“For me, Maguire was outstanding.” Agbonlahor told talkSPORT. “When the team got announced I looked through Twitter and all it was was ‘I can’t believe Maguire is starting’.

“A threat in the air in the attacking box, defensively he was solid.

“Yes for the first Iran goal he could have done better, but sometimes you switch off when the game is so easy.

“I thought he was outstanding. Let’s get behind him now. All the sheep who say he shouldn’t be playing and he’s awful, get behind him.

“Give him the confidence because he’s going to be starting every game for England. His passing was good, defensively he was sharp.

“Sometimes a manager can get more out of a player. Harry Maguire knows he’s got the trust of Southgate.

“Yes he’s not been playing for Manchester United, but the manager trusts him and is going to play him.

“All the people were saying on the show yesterday, and social media, that Maguire can’t start.

“Me and Ally [McCoist] were saying he’s going to start. He’s not going to bring him to the tournament and not play him.

“He showed yesterday that he’s going to play every game. Get behind him, stop being sheep on social media and say he’s not good enough.

“I’ve seen people bring banners over here saying you won’t win it because of Harry Maguire, grow up!”

READ MORE: Saka’s secret, Southgate’s handbrake and Bellingham could be the greatest player ever