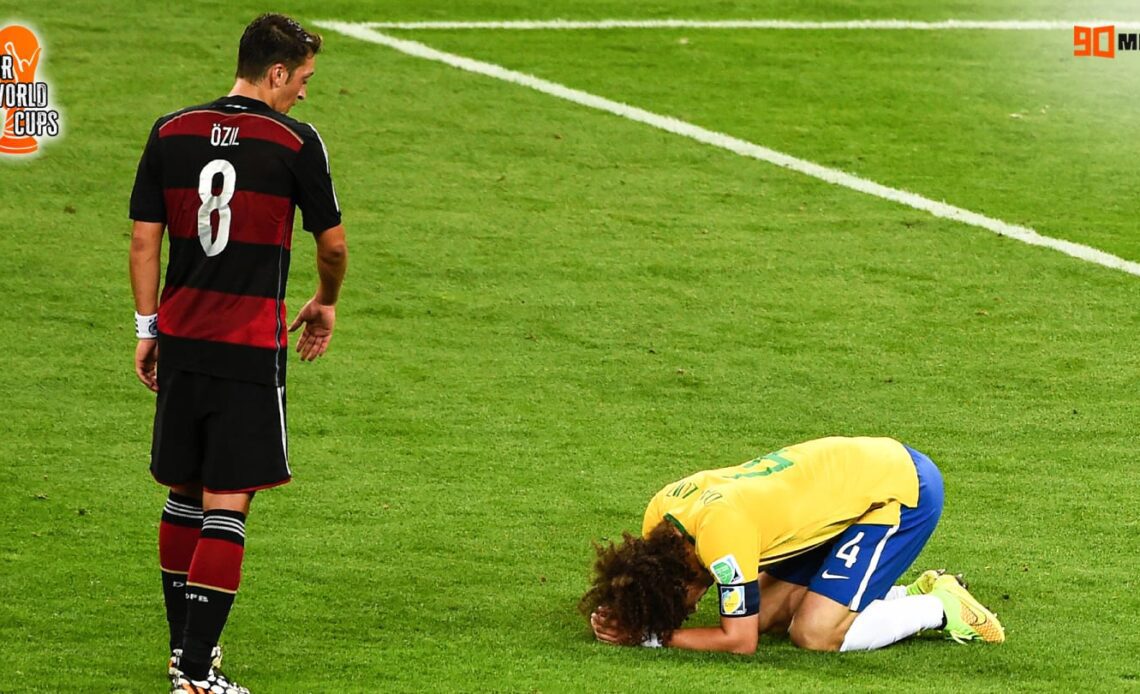 After a long time watching football, it’s easy to feel as if you’ve seen most of what the sport has to offer. Drama, excitement, hilarity – new versions in new contexts always throw up great entertainment, but it becomes very difficult for the game as a whole to find ways to shock, amaze and overwhelm when you spend each day immersed in it.

An important thing to remember about Brazil’s World Cup semi-final against Germany in 2014 is what was expected going in.

Even while Brazil would be without Neymar and Thiago Silva, a fairly even contest was anticipated. Despite their abundance in quality, Germany were yet to fully convince in the previous rounds, not quite reaching the quality of performance associated with being on the way to winning a World Cup. Brazil, hosting the tournament for the first time since 1950, had started well, if also looking a little short of what might have been possible with their collection of players.

As the Brazilian anthem played, the stadium appeared to ascend. The team, holding aloft a Neymar shirt in a manner that almost suggested he’d met a far worse fate than the injury that made him unavailable, together with most of the 58,000 attendees, sang as if possessed by the spirit of Gianluigi Buffon. After the accompanying music stopped, the stadium and players continued to bellow their hymn. Even knowing what was to come, it’s difficult to watch it back now and not feel stirred.

How could a team of very talented German men possibly stop an army of over 50,000 who all seemed ready to walk directly into Hell itself?

A flowing but fairly even start saw Germany claim a lead 11 minutes in through Thomas Müller. Signs of panic were visible in the Brazil ranks as they poured up the field in search of a quick response, leaving themselves painfully open to counter-attacks, but it wasn’t for another 12 minutes that Germany found the way in again.

“The images of Brazilians in the crowd live long in the memory, as baffled as any, completely awestruck, astonished and horrified by what was unfolding in front of them.”

Miroslav Klose cemented his place as the record goalscorer at World Cup finals, seizing the record off Ronaldo, in what would end up being a relatively small added insult in the context of the impending wider disaster, but an extra twisting of the proverbial knife.

No one watching can possibly have forgotten where they were or…