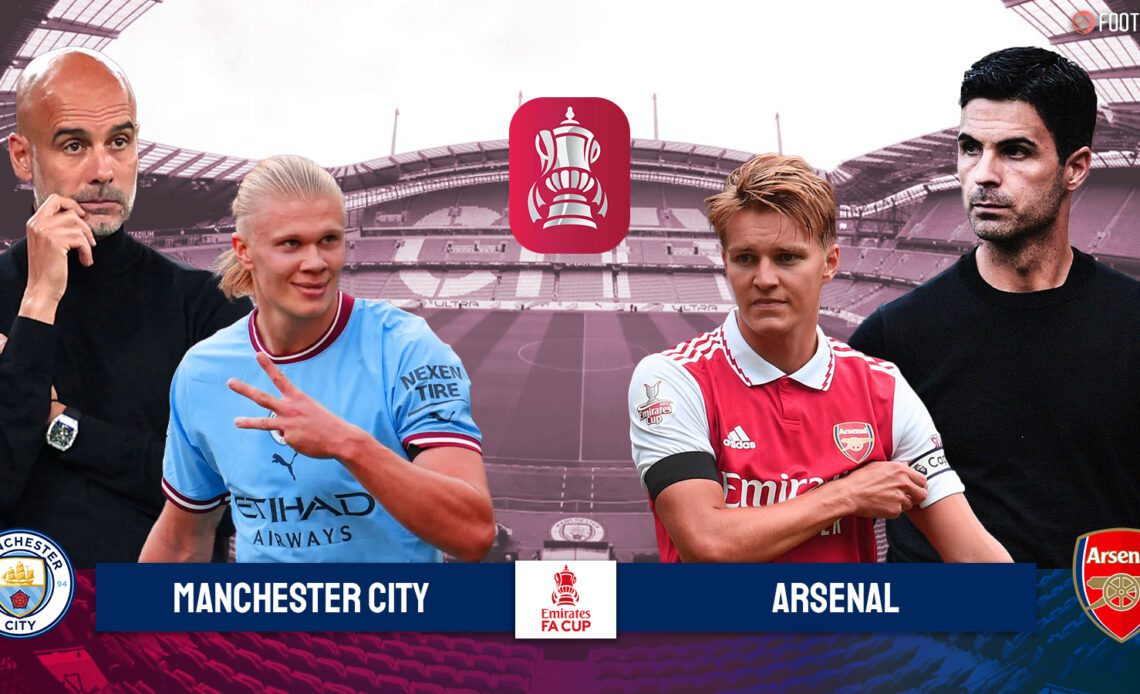 This season, Arsenal and Manchester City have been England’s two most in-form teams. The two teams occupy the top two spots in the league title but, due to extraordinary circumstances, are yet to play each other this season. Their earlier clash was postponed after the demise of Queen Elizabeth II.

Now the master in Pep Guardiola and apprentice in Mikel Arteta fight it out in the FA Cup fourth round. After their defeat to neighbours Manchester United, City are five points behind Arsenal, who also have a game in hand. And this game is more of a mental battle as both teams look to take bragging rights.

Arsenal have been in near-perfect form this season, becoming only the seventh team in English top-flight league history to accumulate 50 points after 19 games. On top of that, they passed their sternest test yet in the league after defeating United 3-2. While they have missed out on signing Mykhailo Mudryk, they added the impressive Leandro Trossard to their ranks, who will offer more options for Arteta besides Gabriel Martinelli, Bukayo Saka, and Eddie Nketiah.

On the other hand, despite the near impossible goals-scoring heroics of Erling Haaland, Manchester City have dropped points at crucial points that have made them slip up in the title race. However, one defeat for Arsenal and City know the Gunners will feel uneasy with City. Moreover, they also have the experience of being involved in not one but two intense title races that they won on the last day by the barest of margins.

However, if Arsenal win their next league game, they will be ahead by eight points which will put pressure on City. Moreover, Guardiola’s men will also have the additional burden of the Champions League, where they are still looking for their first title.

Except for Phil Foden, who Guardiola informed was suffering from a foot injury, Manchester City have no further injuries. This means Guardiola will have almost all his top players available for selection. However, with the Arsenal frontline boasting exceptional pace, Guardiola will surely prefer Nathan Ake at left-back and Manuel Akanji at the left-centre back, who can track back when faced with counter-attacks. Elsewhere, Stephan Ortega will be in goal as was the case in their previous FA Cup matches, while Julian Alvarez could be given a start in the attack.