Meaning Of The Rare And Latest White Card In Football 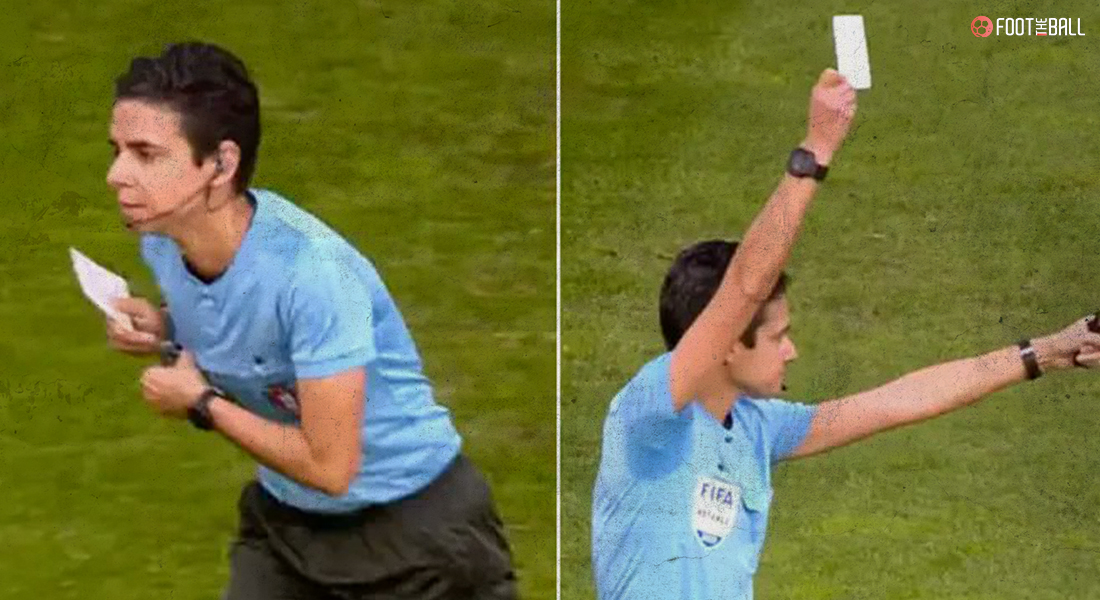 Tackles and feuds are part of the beautiful game. Lunging tackles and overhead clearances are a few things of the great art of defending. Although, what comes with those kinds of challenges are bad timing. While a player goes through a morale boost of their own after a successful challenge, a bad one can easily be booked as a punishable offence.

Punishable offences include a yellow card, a red card and 2 yellow cards (which means a direct red). While these are some common practices followed by football referees around the world, there are a few new cards introduced as an initiative which is in its infantry stages.

A recent match in women’s football between Sporting Lisbon and Benfica saw football’s first white card in what was a fierce derby. Benfica were leading 3-0 around the half-time mark, where both sets of medical staff ran to the aid of a player who complained of feeling under the weather.

After the issue had been resolved and settled, it was seen that the referee had brandished white cards to both sets of medical staff. The act was met with great appreciation from both Sporting and Benfica fans. After this whole incident, it has raised the question, what exactly does the white card represent? FootTheBall explains it all here.

What is White Card in football?

White cards have been introduced as a new initiative in football, where a referee is allowed to recognize sportsmanship. It also means that the referee acknowledges and praises a particular club for its fair play of the game.

It also aims at improving ethical values in the sport. Although not a common practice yet in the game, the white card is seen as an improvement to the current set of rules.

Messi & Ronaldo couldn’t even get near his stat💯#Pele #Messi #Ronaldo pic.twitter.com/I2ImiWvXSf

Not much to mention here as the clash between Benfica and Sporting was the first time where a white card was shown. There will be future instances where the white card will be shown again, in a challenge to improve football as a whole.