Top Bundesliga Attacker Is A Star In Making 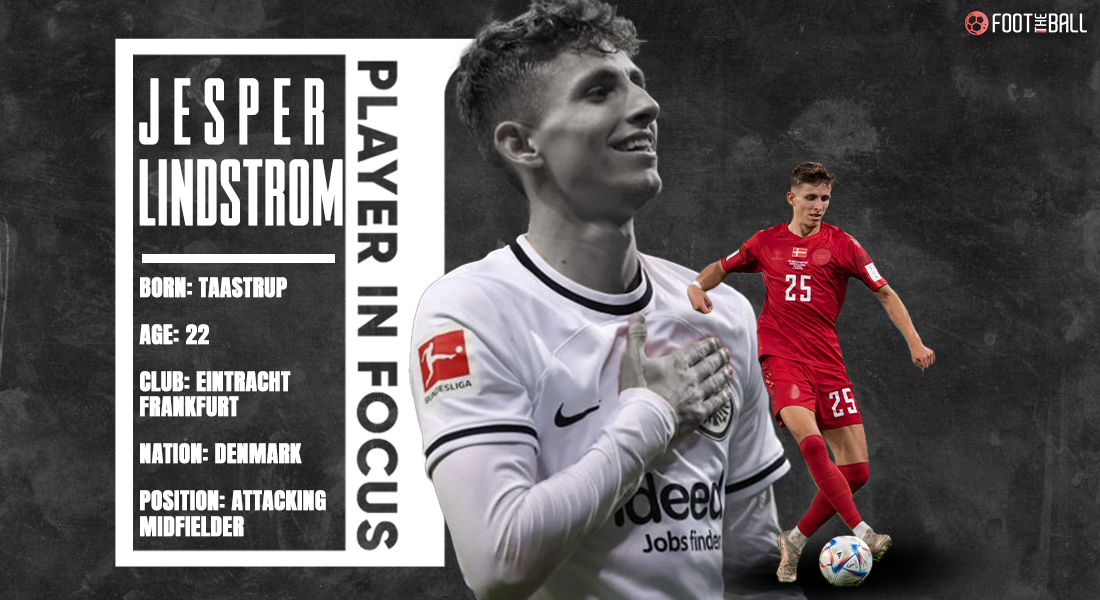 One of the most improved teams in the top five leagues across Europe in the last two seasons have been Eintracht Frankfurt. The Bundesliga team have been on the ascendancy in the league since the 2017-18 season. And in the previous two seasons, they have become a force winning the Europa League by defeating teams such as Barcelona on the way. And they have kept their form up this season by qualifying for the Champions League round of 16 and climbing up to second in the Bundesliga table. The team is blessed with a combination of youth and experience, with Jesper Lindstrom being one of the best players to come out this season.

The talented playmaker has been one of the best young stars across the continent and is already on the radar of big clubs. Eintracht Frankfurt, under coach Oliver Glasner, have signed several young players with potential who are now top performers. This include Randal Kolo Muani, Eric Ebimbe, Luca Pellegrini, Evan Ndicka, Tuta and Lindstrom.

Although capable of playing on either wing, Lindstrom prefers to play in the attacking midfielder role, just behind the striker, where he can use his creative capabilities.

So, who is Jesper Lindstrom, and how good is he?

How good is Jesper Lindstrom?

Born in Taastrup, a suburb in Copenhagen, the capital city of Denmark, Lindstrom displayed love and passion for the game at an early age. This was why he joined the local club Taastrup FC at the tender age of three. He spent three years at the club before joining BSI for a year and then leaving for Vallensbæk IF. At Vallensbæk, his name started to get famous among the youth circles. A fruitful five years at the club was rewarded when FC Brondby, one of Denmark’s biggest clubs, signed him in 2012.

Starting his journey in the under-13s, he progressed through various youth ranks. He first came into notice in 2017-18 when he scored five goals and provided one assist in his first season for the under-19s. Lindstrom scored 11 goals the following season and provided three assists in 17 games. He was the highest scorer for the team and helped them finish fourth in the league.

This got him a call-up to the first team, and he didn’t disappoint, scoring two goals and providing two assists. Both of his goals came in winning causes against Odenk and SonderjyskE, respectively.

However, despite all these performances, few would have expected the brutal form he would bring next season. Playing in his favourite attacking midfielder position,…