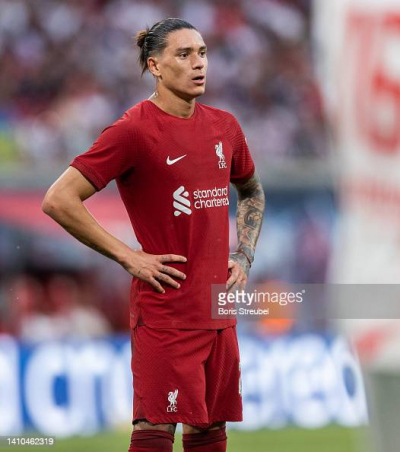 I’ve personally found it hard this season seeing unrealistic expectations on young players like Darwin Nunez, but I do completely understand it. At the start of the season it was very clear the first choice front 3 was Luis Diaz, Roberto Firmino and Mohamed Salah with (as we all expected) Diaz ultimately replacing Sadio Mane, who had filled in centrally for Firmino in the back end of last season due to injury.

So it was frustrating that Diaz and Diogo Jota got injured early on forcing Nunez into spotlight on the left wing. Then to rub salt in the wounds Firmino got injured too, pushing Nunez central and square pegs in the round left wing hole. This meant Nunez was expected to basically replace Mane, Diaz, Jota and Firmino who contributed close to 60 goals last season in all competitions.

As a result every missed chance or bad performance from a 22/23 year old who can’t even speak English fluently yet, was cross sectioned and hyper analysed. His price tag didn’t help but deep down we all knew we were paying for potential because Klopp said as much in his interviews.

Fast forward to January and Cody Gakpo comes in. He is another 23 year old who also needed time but then bang, Nunez is injured too. So Gakpo has to go straight into the team for every game with no settled position and now it’s on his shoulders to replace Firmino, Jota, Diaz, Mane and also Nunez!

To make things worse he’s come into the team at a time when we’re probably playing the worst football all season. The team needed 2 own goals to beat Leicester, dodgy VAR calls to draw against Wolves, and of course got absolutely battered by Brentford and Brighton. There was no confidence or fluidity from anyone and a guy who’s just landed and had no pre-season or any experience at this level was the next young man to under the microscope. Again it was not fair, but again I understand the fans frustration because we were all hoping for a good season and its always the hope that kills you!

Despite the early struggles of these two forwards, I’m still choosing optimism. What I like about Nunez and Gakpo is they are direct and they aren’t afraid to shoot from tight angles or outside the box. They’re very raw and definitely trying to go for too much power, but I like that they both seem prepared to work hard and they’re not scared to keep shooting even when the crowd are moaning and groaning. Composure will come with confidence and comfort in their surroundings.

For me our best…