Last Chance For Prodigy To Resurrect His Career 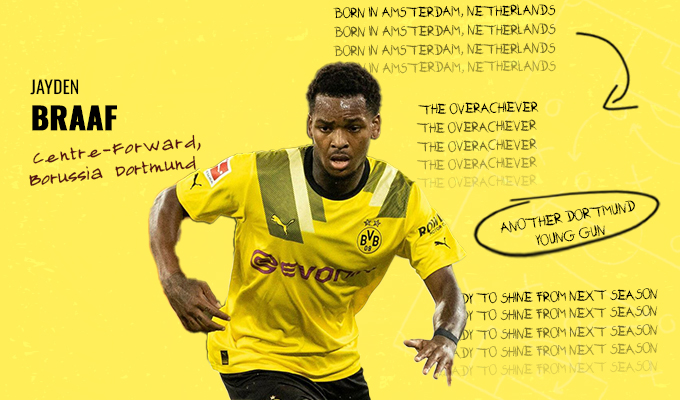 If a club has carved its reputation on identifying world-class potential in young players, it is definitely Borussia Dortmund. Over the years, the club has converted several talented players into world-class talent. Marco Reus, Mario Gotze, Nuri Sahin, Lars Ricken, Christian Pulisic, Kerem Demirbay, Jude Bellingham, Jadon Sancho, Youssoufa Moukoko, Giovanni Reyna are just some of the examples. Dortmund also have the Midas touch when it comes to reviving the careers of youngsters whose career have gone downhill after an impressive youth spell. Currently, that player is 20-year-old Dutch attacker Jayden Braaf.

Braaf spent his youth career at Ajax, PSV Eindhoven and Manchester City before being snapped by Dortmund in the summer of 2022. Now he has been sent on loan to Serie A side Hellas Verona for him to get more minutes. With Moukoko and Karem Adeyemi being chased by several top clubs, Braaf could become their next leading star when they depart.

Braaf was defined as a generational talent when he first arrived at the scene but since has withered owing to several factors. However, he now has a final chance to get back to his best and fulfil his sky-high potential.

So, who is Jayden Braaf, and how has he been in his short career?

Jayden Braaf was born on August 31, 2002, to Surinamese parents in Amsterdam, Netherlands. He started his career with the local club ASV Fortius where he stayed for just one year before being scouted by Ajax. In the next eight years, Braaf would change clubs three times.

After spending three years at the club, Braaf left for AFC Amsterdam, where like ASV Fortius, he spent only one year before joining Ajax’s rivals PSV Eindhoven in 2014. After that, he spent four years at the club and was called up to the Netherlands under-15 national team.

Braaf played in six matches scoring against Germany, which turned out to be the winning goal. In 2018, Bread switched clubs and went to Manchester City, joining their under-18 team.

Exclusive details: loan deal will include a buy option clause for Verona but NO buy back clause for Dortmund; BVB would have a sell on clause. pic.twitter.com/BFzt9yszAY

He would make six appearances in the under-18 Premier League, scoring one goal and providing one assist….