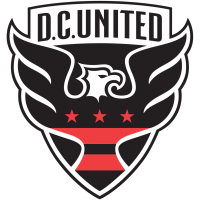 WASHINGTON, D.C. – The U.S. Under-20 Men’s Youth National Team will start the new year with a training camp from Jan. 19-29 at IMG Academy in Bradenton, Fla. 23 players will gather in Florida as the team continues preparations for the upcoming FIFA U-20 World Cup, set for May 20-June 11 in Indonesia.

January training camp, U-17 MYNT head coach Gonzalo Segares will lead the camp. Segares has served as an assistant with the U-20s throughout their cycle.

Thirteen players return from the U-20s’ title run at last summer’s Concacaf U-20 Championship, where the USA won its third straight confederation title and qualified for both the U-20 World Cup and the 2024 Olympics in Paris. Forward Quinn Sullivan was named to the tournament’s Best XI after netting six goals. Ten players represented the U.S. at September’s Revelations Cup in Mexico, where midfielder Diego Luna scored two goals.