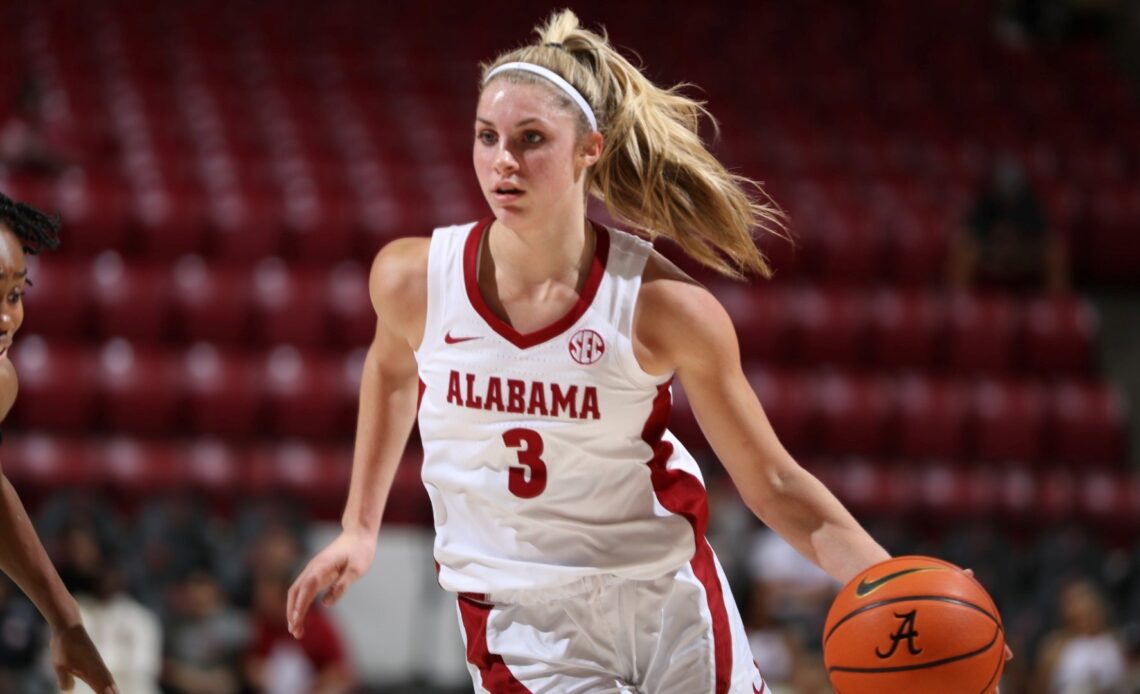 TUSCALOOSA, Ala. –  The Alabama women’s basketball team captured its third consecutive win with a 61-46 victory over Texas A&M on Thursday in Coleman Coliseum.

“Thank you to our crowd. I know (I say it) every time I come in here, but it just keeps getting better and better. I want to thank everybody that came out. I looked up and nearly the entire soccer team was here. Coaches are in the building, athletes are in the building, folks from town, and we need everybody in here Monday night at six o’clock. This team deserves it, but I just want to say kudos to our crowd. Just a huge Thursday night crowd on a school night and we just can’t say enough. I know it means a lot to these kids that folks are coming out and supporting them, so we just really need everybody Monday night. Just want to say thank you. Thank you for coming out.

“Texas A&M on the perimeter is as good of a defensive team as we’ve seen all year. Joni (Taylor) does an amazing job. They play defense like the Georgia teams that she had and really do a good job and make everything hard. They’re about to get someone and we were just thankful tonight that it wasn’t us and we’re able to make enough plays. I thought we rebounded the ball better in the second half. We were down at halftime and came out and out rebounded them by one. We made more free throws than they shot. I just thought we did a lot of things to weather their runs and just stay a distance that we were able to maintain our lead. So, you know it took all nine (players) tonight. I’m really proud of the nine kids that we have. They all did something really positive.”