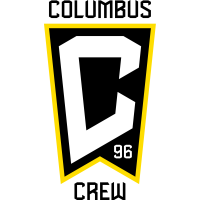 The team will train in Baranquilla, Colombia, beginning on Saturday, Jan. 21 prior to traveling to face the United States in an international friendly on Saturday, Jan. 28 at Dignity Health Sports Park in Carson, Calif. (7:30 p.m. ET; TNT, Telemundo, Peacock, Telemundo App).

Hernandez has been capped two times for Colombia. The forward made his debut for Los Cafeteros in a 2018 friendly against Costa Rica (October 17), scoring two goals in a 3-1 win, including the game-winner.

At the youth level, Hernandez has represented Colombia’s Under-20 National Team. In 2017, he made nine appearances at the 2017 South American Youth Football Championship, registering two goals and two assists. Hernandez also took part in the 2019 FIFA U-20 World Cup, where he made five appearances and scored three goals while helping Colombia reach the Quarterfinals of the tournament.

2023 will mark Hernandez’s first full season with the Black & Gold. The 23-year-old joined the Crew for a club record transfer fee from English Premier League side Watford F.C. in June of 2022 and scored nine goals and tallied three assists in 16 appearances during his first season in Major League Soccer.

The Black & Gold are set to open the 2023 MLS season on the road against the Philadelphia Union on Saturday, Feb. 25 and host D.C. United for the home opener at Lower.com Field on Saturday, March 4 at 7:30 p.m. ET.