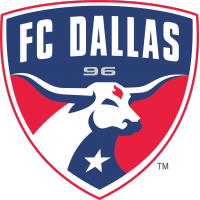 FRISCO, Texas – FC Dallas Homegrown Paxton Pomykal has signed a new four-year contract with a club option for the 2027 season, the club announced today. Per team policy, additional terms of the deal will not be disclosed.

“It feels good,” Paxton Pomykal said. “I love being here. With Nico and the rest of the guys, we’re starting something special and I want to be a part of that. That’s why I’m looking forward to the next few years here and bringing titles home.”

Pomykal, who wears No. 19, in honor of FC Dallas legend Bobby Rhine, signed with FC Dallas as the 15th Homegrown in club history on Sept. 8, 2016. He made his MLS debut in a scoreless draw against Sporting Kansas City on March 11, 2017. He was also selected as the Commissioner’s Pick for the 2019 MLS All-Star Game and had been previously selected twice for the MLS Homegrown Game (2017, 2018).

In 2017, Pomykal helped the FC Dallas U-18 Academy team win the Dr. Pepper Dallas Cup’s Gordon Jago Super Group. He was also named to the U.S. Soccer Development Academy’s Central Conference Starting XI after helping the FC Dallas Academy claim both the U-16 and U-18 National Championships.

Transaction: FC Dallas signs Paxton Pomykal to a four-year contract with a club option for the 2027 season.