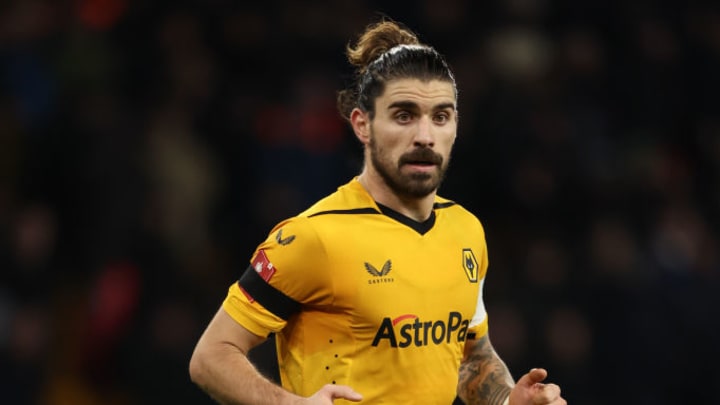 Liverpool battled their way into the fourth round of the FA Cup as a Harvey Elliott stunner settled the tie against Wolves.

The original tie at Anfield was at the centre of a VAR storm as a late Wolves goal was ruled out, but there was considerably less drama in the replay.

In fact, VAR was even briefly unavailable for the game due to a power outage in the first half.

The match was ultimately a low-quality affair, that was won early by the one piece of genuine class in the whole game.

Liverpool youngster Harvey Elliott picked the ball up in his own half and drove forward before thundering a long range effort into the net.

At that time, Liverpool were definitely making all of the running, and they had the ball in the net again shortly afterwards, but Fabio Carvalho was well offside.

From there, Liverpool generally succeeded in keeping Wolves at arm’s length. The hosts appeared a little restricted by their defensive shape, although they were also wasteful on the occasions they did get in good positions.

Boss Julen Lopetegui changed things, committing more players forward, and his side did look a lot more dangerous as a result.

However, Liverpool stood firm and Elliott’s fifth Liverpool goal turned out to be a very worthy match-winning one.

Liverpool will now face Brighton in the FA Cup fourth round.

GK: Jose Sa – 6/10 – Nothing he could do about Elliott’s strike and solid enough generally.

RB: Dexter Lembikisa – 5/10 – Looked a little overwhelmed by it.

RM: Adama Traore – 5/10 – Very typical Adama performance in that he promised so much but ultimately delivered so little.

LM: Rayan Alt Nouri – 6/10 – A dynamic performance but one that lacked product.

Manager: Julen Lopetegui – 4/10 – Set his side up far too defensively early on and…