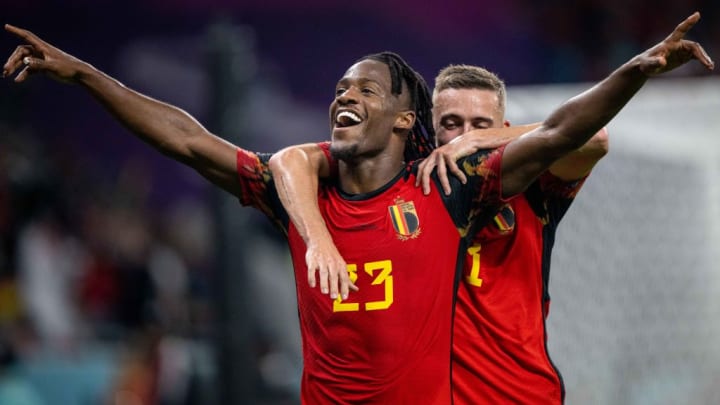 Belgium weathered an incredible Canadian storm to win their opening game of the 2022 World Cup 1-0 on Wednesday night.

Playing their first World Cup game in 36 years, the CanMNT pushed and pressed their illustrious opponents right from the first whistle and after som, early pressure, earned a penalty for handball in the eighth minute.

Alphonso Davies stepped up to try and score Canada’s first-ever World Cup goal, but could only divert a weak effort straight at Belgium goalkeeper Thibaut Courtois.

Canada didn’t let their heads go down, though, and continued to pile pressure on Belgium, forcing mistakes and creating multiple chances for the likes of Jonathan David and Tajon Buchanan.

However, Canada’s wasteful finishing came back to haunt them right on half-time when Michy Batshuayi got between a couple of defenders to meet an excellent Toby Alderweireld pass, before slotting the ball past goalkeeper Milan Borjan.

Canada ran out of steam somewhat after the break only offering brief moments of quality, with some half-time changes from Roberto Martinez helping steady the ship and see the Red Devils over the line.

Nevertheless, Canada have proved they’re here to be taken seriously at just their second World Cup, while also highlighting a number of weaknesses in the Belgian ranks.

Batshuayi made the difference for Belgium. / Sebastian Frej/MB Media/GettyImages

GK: Thibaut Courtois – 9/10 – Was the reason Belgium escaped alive from this match, saving Davies’ penalty and coming up with a couple more huge interventions.

CB: Leander Dendoncker – 6/10 – Safe enough on the ball, struggled to cope with the Canadian counter-attacks.

CB: Toby Alderweireld – 7/10 – Had a few tough moments when Davies and David started running at him, but was excellent on the ball, especially with his assist for the goal.

CB: Jan Vertonghen – 5/10 – Wasteful with the ball and couldn’t keep up with the opposition.

CM: Youri Tielemans – 4/10 – The game largely passed him by. Tielemans was repeatedly a target of the Canadian press.

LWB: Yannick Carrasco – 5/10 – Was overworked on the left, with Canada repeatedly targeting his flank. Did the best he could before being brought off at half-time. Gave away the penalty.

CAM: Kevin De Bruyne – 3/10 – One of the worst performances you’re likely to ever see from De Bruyne. Woeful decision-making….