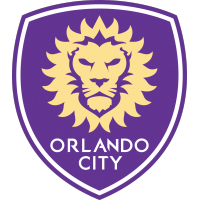 Pereyra, 32, appeared in 39 matches for the Lions this past season, setting the single-season Club-record for assists with 12 across all competitions, passing former City captain Luis Nani who provided 11 helpers in 2019. Pereyra is the lone player in Club history to tally double-digit assists in consecutive campaigns after posting 11 in 2021 and 12 in 2022.

“Mauricio has been our leader both on and off the field since he joined the Club and he did a fantastic job as captain for us last year,” said EVP of Soccer Operations and General Manager Luiz Muzzi. “The example he sets with his professionalism and what he means to our group cannot be overstated. We’re so happy to have Mauricio back with us for the next couple of seasons.”

In nearly four seasons as a Lion, the Montevideo, Uruguay native has appeared in 98 matches across all competitions with 88 starts, sitting first in Club history in assists at 35, while finding the back of the net six times to add throughout his tenure.

Pereyra captained the Lions throughout their 2022 Lamar Hunt U.S. Open Cup Championship run, wearing the armband and lifting the Club’s first trophy in its MLS era. Scoring the eventual game-winner in the Semifinal round against the New York Red Bulls, Pereyra also notched the assist in the Lions’ Round of 16 matchup with Inter Miami that forced the sides to a penalty shootout, where he would convert the final penalty to seal the victory for the Lions over their intrastate rivals.