Welsh Players Are At The Top Of Their Game 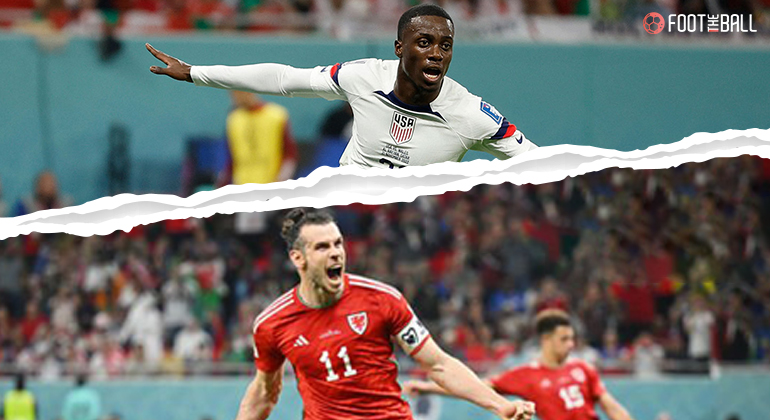 Like an ordinary late-November evening, tonight was no different. The sun which hardly revealed itself was long gone. By 6:30 pm, a dry, chilly cold had tucked in and made itself cosy in Swansea, Wales. But outside the local pubs, which were crowded with people wearing red jerseys and tricolour hats, there was a cluster of noise which relayed excitement and anticipation.

After all, tonight was not ordinary. It was wholly special. There hadn’t been such an occasion for 64 years in this country. Wales of Rob Page, of Gareth Bale, of Aaron Ramsey, of every Welsh football supporter, were playing their first World Cup finals match after 1958, against the United States.

Inside one of the bars, The Griffin, as is custom, flags of all the countries partaking in the World Cup were hung, with the Welsh dragon taking centre stage. It was as if the people in the bar and the ceiling of the place were mirroring each other because the colour red was defining the entire atmosphere. There was also an ocean of the life-affirming Spirit of 58’ bucket hats, an entity that has become a national emblem lately.

Wales is one of the four countries that constitute the island we know as the United Kingdom (UK). Football culture infiltrates the bare bone in all of the UK, and Wales is no exception. While Scotland and Northern Ireland have their own domestic leagues, Welsh teams feature in the English football pyramid. What’s more, until recently, Wales existed in the footballing shadow of mighty England, certainly on in the international circuit. But under this golden generation of Welsh players marshalled by Page and Bale, the trend is changing. The Dragons have qualified for three of the last four major tournaments.

“Absolutely everything,” exclaims Jack, an insurance company employee in Swansea. “Playing in the World Cup means so much; even if we lose all three games, I can say I’ve seen Wales in the World Cup.” Ashley, another fan in the pub, chips in, “This is what dreams are made of!”

Like their fellow supporter Jack, Charlie and Josh and Greg and Dale and Ashley, and perhaps every other Welsh supporter, uses the same word – “everything” – to describe the essence of this World Cup qualification for them. “This team is bringing people together,” adds Charlie.

“I’m thinking of the people who’ve been following Wales and haven’t had a chance to see them in the World Cup or people who will not have a chance. This is our time,” tells…