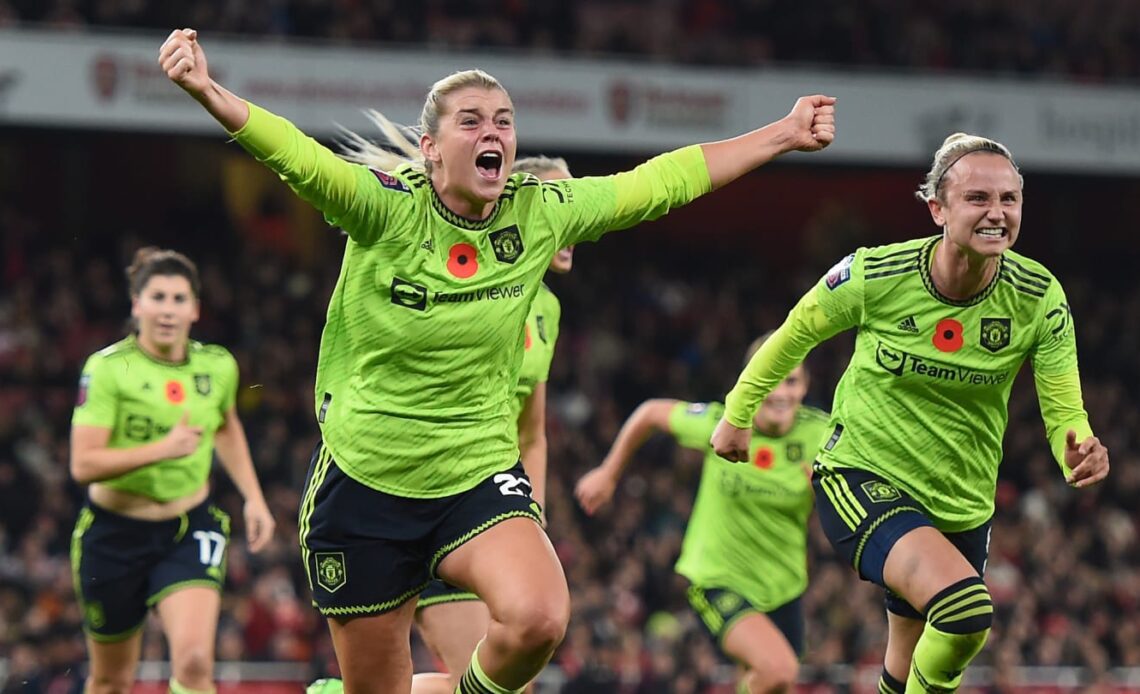 Manchester United had beaten Arsenal twice before Saturday’s WSL showdown at the Emirates Stadium – once in the league under former manager Casey Stoney in November 2020, and once last season in the Continental Cup quarter-finals.

Both were narrow 1-0 wins and both were significant steps forward in the club’s brief history.

But United have equally had plenty of setbacks in such games in recent years, not just against Arsenal, but also against Manchester City and Chelsea too as they attempt to permanently bridge the gap on the established WSL elite.

Looking back to last season, they lost at home against Arsenal in the league. In the reverse fixture, they were on course for what would have been a landmark win but missed the chance to kill the game off and then conceded an equaliser against only 10 players.

There have been similar stories of not being able to put together a full performance over 90 minutes, bossing the big games only in part and ultimately coming away disappointed. The same was true against Chelsea on the final day of last season, twice leading at Kingsmeadow before the much more experienced and ruthless Blues eventually swept to victory.

When Chelsea visited Leigh Sports Village two weeks ago, it was an even game for an hour. But a brief lapse gifted Chelsea a goal and minutes later they had two.

There was so much riding on Saturday night at the Emirates. Regardless of five straight wins to start the campaign, United couldn’t afford a second defeat in quick succession against a main rival. Chelsea and Arsenal had both gone ahead of them after the last round of fixtures and Manchester City were coming in fast from behind – they grabbed a fifth successive win earlier on Saturday.

Everything was going well for United in the first half in north London. They had done more with the ball and deserved to be ahead at the interval after Ella Toone broke the deadlock. Yet the second half threatened to be the same frustrating story that fans have seen a number of times before.

Arsenal equalised within minutes of the restart and eventually started to ramp up the pressure. The Gunners then took the lead through Laura Wienroither with just under 20 minutes left to play.

United had previously tried to fight back upon going 2-0 down to Chelsea but it was too little too late,…