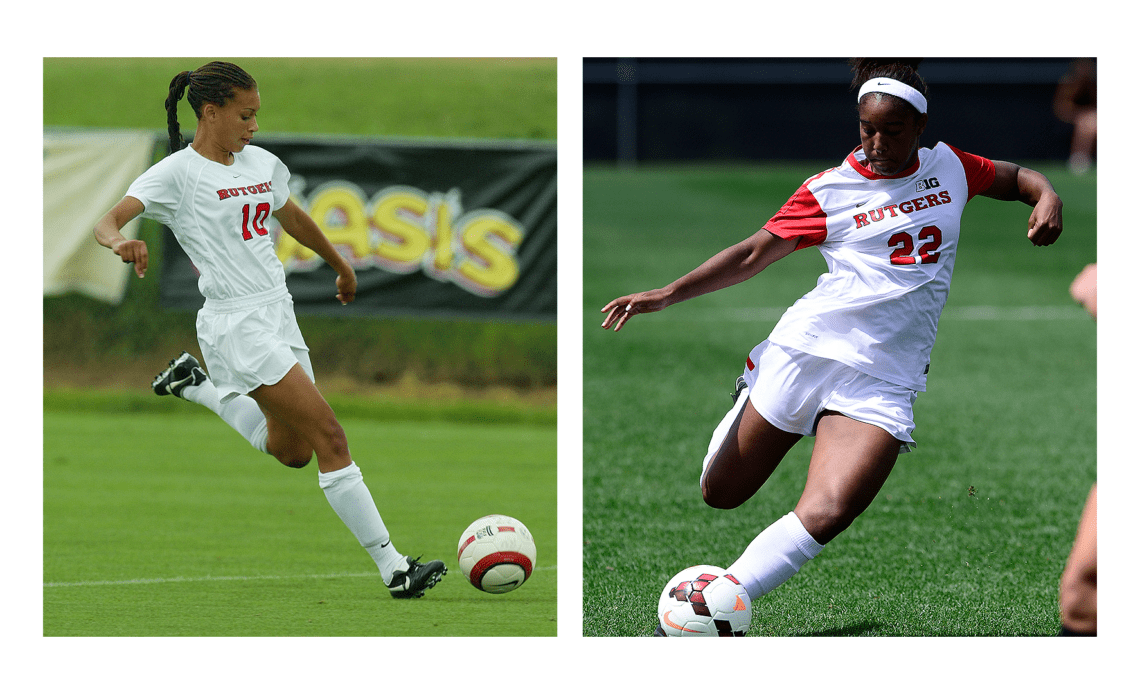 PISCATAWAY, N.J. – Two notable Rutgers women’s soccer alumni have been inducted into local Halls of Fame for their contributions to their communities and the game of soccer throughout their standout careers.

Edmonds is a current professional soccer player in the National Women’s Soccer League, signing with NY/NJ Gotham FC for the 2023 season after making a run to the NWSL Championship with the KC Current. Edmonds began playing professionally overseas in 2011 before getting picked up in the NWSL in 2014, where she has thrived since.

Prior to Rutgers, Edmonds played high school soccer at Metuchen. As a Scarlet Knight from 2005-08, Edmonds started off with incredible momentum by becoming the first rookie to lead Rutgers in scoring since Carli Lloyd. As a senior, she started all 22 games, scoring five goals and adding six assists. She still ranks 11th in the RU record book with 16 career assists and was a 2005 First Team All-Region Selection.

Reed is also a current professional soccer player overseas and a member of the Dominican Republic Women’s National Team. She has NWSL experience playing for FC Kansas City of before playing internationally for several teams in Sweden and Denmark.

She played four seasons at Rutgers from 2012-15, helping them to the school’s first NCAA College Cup in 2015 while also receiving All-America honors. She anchored a nationally renowned defense that recorded a program-record 770:16 consecutive minutes of shutout soccer over nine matches. Her final season was marked with a Hermann Trophy candidacy, the 2015 Senior CLASS Award, and First Team honors from the Big Ten and NSCAA Great Lakes Region.

Reed got her start in elite level New Jersey soccer with Monmouth Ocean Soccer Association with the Ocean and Peninsula Soccer Clubs.