‘All tricks, no substance’ – Pundit rips into Man Utd star as eyebrows are raised over poor performances 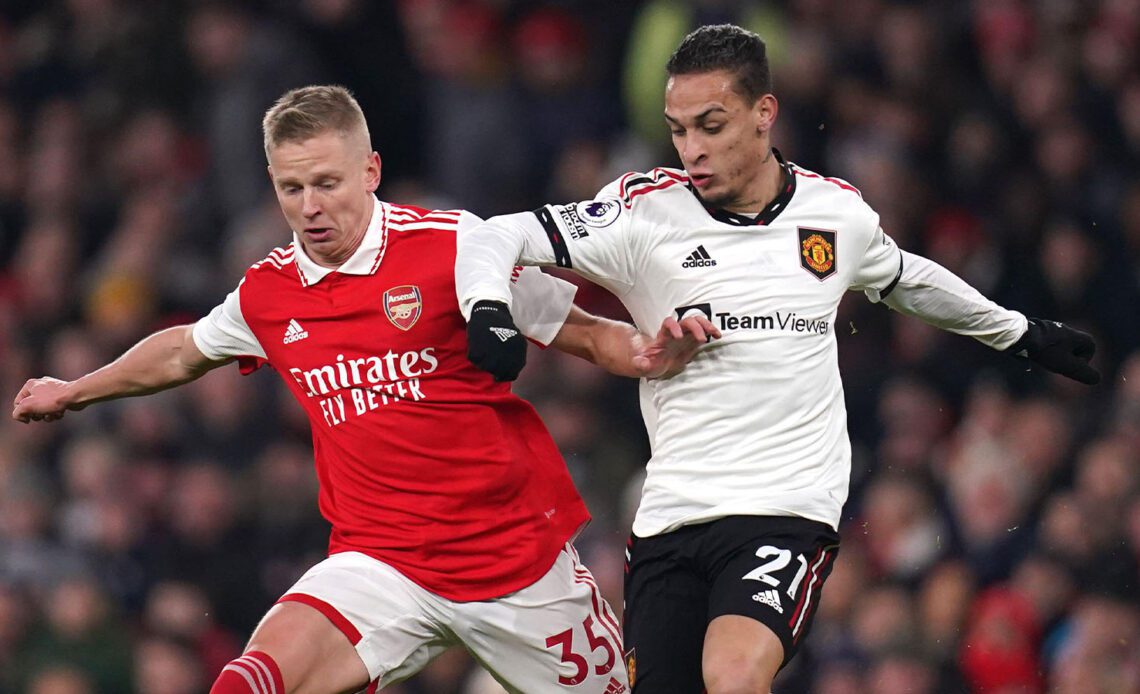 Darren Bent has been the latest pundit to go in on Manchester United winger Antony after a series of inconsistent performances.

The Brazilian winger joined United in the summer for a fee of around £82million. He started off well with a debut goal against Arsenal, but he has recently come under fire.

The 22-year-old struggled to make an impact in United’s recent clash with Arsenal as Oleksandr Zinchenko got the better of him.

Bent has called into question what the winger brings to the Man United side at the moment. The pundit told talkSPORT: “All tricks and flicks, no substance at the minute.

“He’s doing all this stuff but he’s not going past anyone. It’s not like he’s doing a trick to manipulate the ball to go past someone, he’s just doing it for the sake of it.

“A little bit like the spin, at the time I was like ‘ah come on it’s only a spin’.

“You clip all the best bits of a footballer and you look at it on YouTube and go ‘wow, I can’t believe we’re signing him!’

Antony has scored five goals for Man United so far this season, with three of his strikes coming in the Premier League.

Fellow pundit Rio Ferdinand also shares some of Bent’s concerns when it comes to the Man United winger.

He explained: “The concerning thing for me with somebody like Antony is that he can’t beat anyone – and for a Brazilian that’s surprising!

“He just doesn’t beat anyone and I’m sitting there thinking, ‘Was that always the way?’

“I’ve seen clips of him when he was at Ajax and he was somebody who used to beat people.

“I saw [Thomas] Partey – who I wouldn’t put down as like a roaster, a sprinter – absolutely burst past him, and I’m thinking, ‘Woah, he [Antony] hasn’t got much power in them legs!’

“Even Zinchenko, he’s a great player, great footballer, but defensively you get him one-v-one and you’re a wide-man, you should feel, ‘I can get hold of this guy and I can deal with him’.

“You want a winger to be going past full-backs without any hesitation at all and with Antony, as much quality as he has on the ball and his technique and stuff like that, [he doesn’t get past players].”