Toon dominate but need late Pope save to preserve point 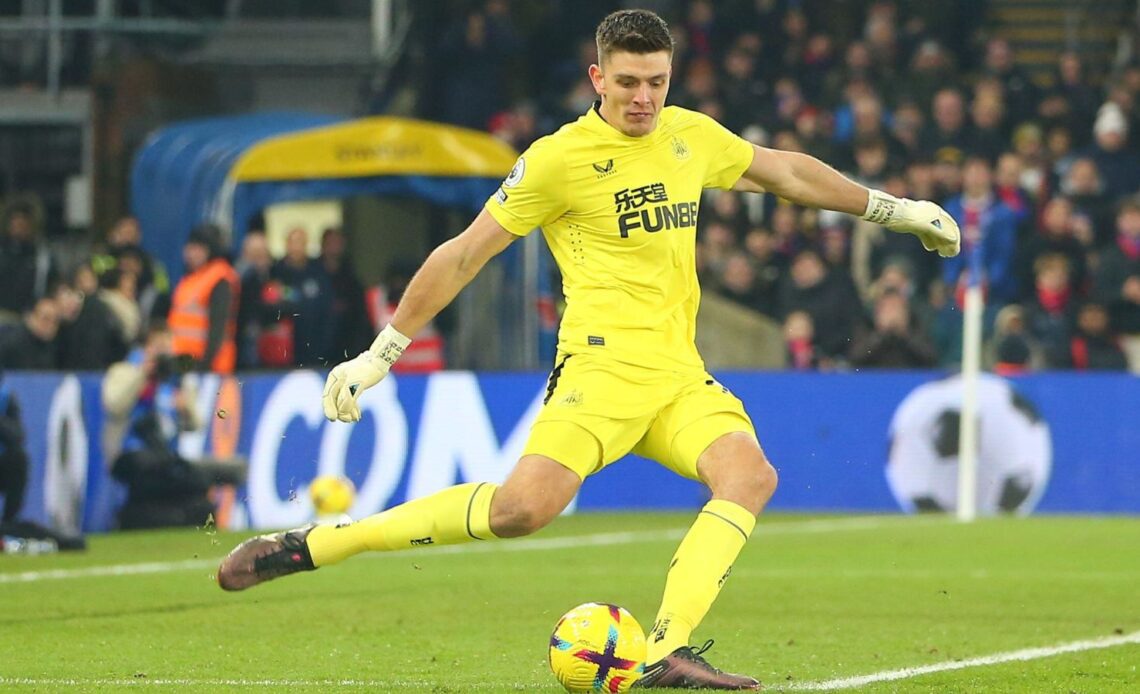 Newcastle moved up to third in the Premier League after playing out a goalless draw with Crystal Palace at Selhurst Park.

The visitors dominated possession throughout the contest, which saw the visitors squander 15 corners, while the hosts were dealt a blow when Wilfried Zaha was forced off with injury in the second half.

Magpies goalkeeper Nick Pope, who kept his ninth straight clean sheet in all competitions, made a brilliant leaping save to deny substitute Jean-Philippe Mateta the chance to break the deadlock.

The visitors had an early chance when Joe Willock sent a cross to Miguel Almiron on the right of the area but he directed his volleyed effort into the side-netting.

Dan Burn finally forced Vicente Guaita into a low save with a sharp, left-footed strike, and the Magpies found themselves on the attack again when referee Craig Pawson determined Jeffrey Schlupp took the last touch as he battled with Almiron down the right byline.

Newcastle made nothing of Kieran Trippier’s resulting corner but kept up the pressure as Fabian Schar flicked the ball to Joelinton, who sent a low, tame effort from 10 yards straight at Guaita.

Joelinton remained in the hunt for an opener and struck from close range, the ball appearing to take a deflection off Tyrick Mitchell’s arm, but a quick VAR check determined there was no handball.

The hosts survived another Newcastle set piece when Eberechi Eze was punished for bringing down Almiron on the right and the ball bounced off Schar before Guaita claimed it out of the air.

Palace could have taken the lead before half-time through Eze’s corner, which found Chris Richards in a good position in front of goal but the American – making his second start for Palace – could only nod over the crossbar.

Palace were unable to create any real chances after the break, while Newcastle could not find the finishing touch as Joelinton saw a right-footed effort blocked, Bruno Guimaraes directed a dangerous effort wide and Sven Botman missed a good opportunity to nod in an opener.

It was more bad news for the Eagles when talisman Zaha, making his 450th start, pulled up with what appeared to be a hamstring injury forcing boss Patrick Vieira to bring on Michael Olise in the 65th minute.