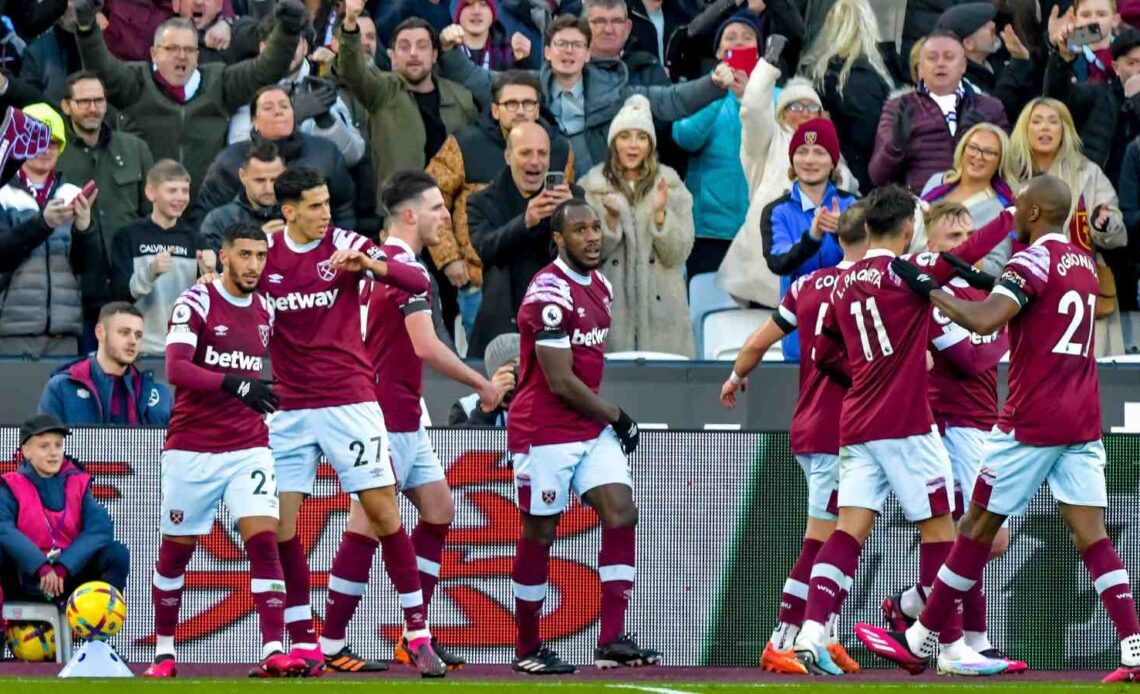 Everton were plunged into further turmoil as their under-fire owners watched their underperforming team slump 2-0 at fellow strugglers West Ham.

Chairman Bill Kenwright and majority shareholder Farhad Moshiri were both in attendance as two goals from Jarrod Bowen kept the Toffees rooted in the relegation zone and left manager Frank Lampard’s future in serious jeopardy.

While Everton’s fans made their feelings crystal clear again, unfurling banners reading ‘Board Full Of Liars’ in the away end, their team simply capitulated.

Such is the discontent surrounding the club that Everton’s directors had been advised to stay away from last week’s home defeat by Southampton for their own safety.

It may be the last, such was this feeble display which even made West Ham, themselves in a dreadful run of form, look almost competent.

Everton keeper Jordan Pickford did not help the nerves when he miscontrolled his first touch of the ball, but Michail Antonio could not take advantage.

Pickford redeemed himself when he made a fine save to tip over a swerving shot from Said Benrahma but West Ham, themselves on a run of seven matches without a win, soon made their dominance count.

In the 33rd minute Emerson Palmieri lifted a high cross into the box and Kurt Zouma flicked it on for Bowen to prod home.

Bowen appeared to be in an offside position but the goal survived a VAR review.

The winger tucked the ball under his shirt in celebration – partner Dani Dyer had announced they were expecting twins the previous evening.

Lampard, meanwhile, would have been having kittens when, nine minutes later, Bowen – who had not previously scored since October – doubled West Ham’s lead.

Antonio did brilliantly to skip past the challenge of James Tarkowski on the touchline, leaving him the simple task of pulling the ball back for Bowen to tuck away.

Yet even at 2-0 up West Ham almost allowed their confidence-shorn opponents back in before half-time, but Alex Iwobi’s low shot was deflected onto a post.

In the second half Pickford palmed an Emerson drive onto the crossbar, Declan Rice fired across goal and wide and Bowen was denied a hat-trick by a timely Conor Coady challenge.

It mattered little as West Ham comfortably held on, hauling themselves out…