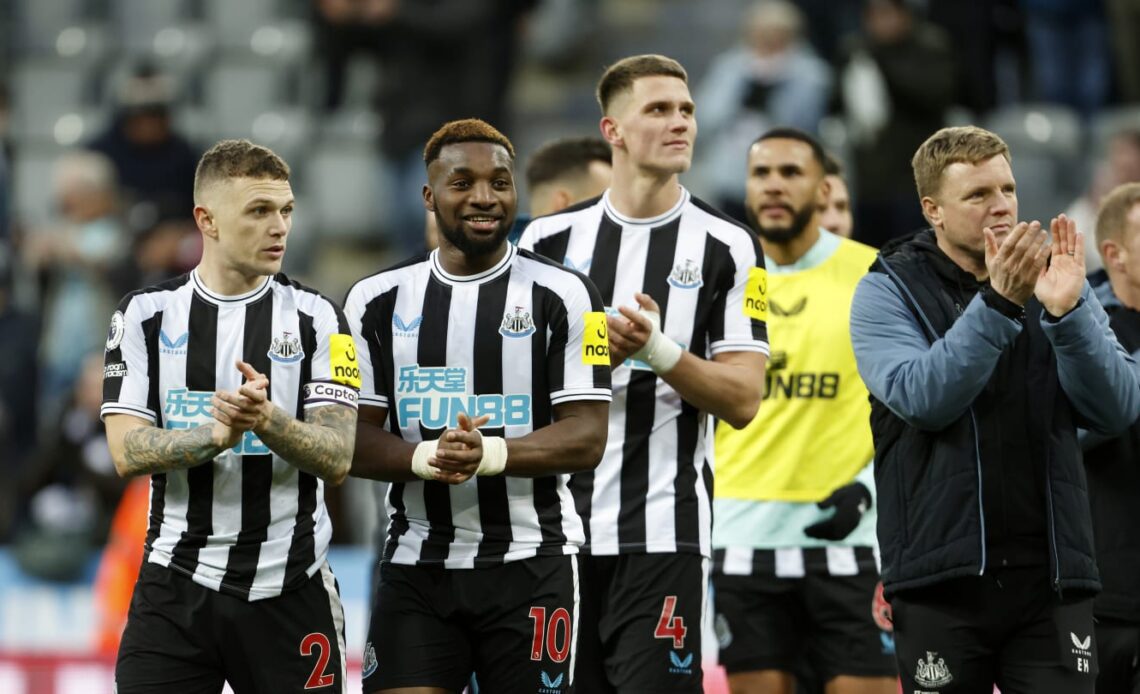 Newcastle United’s march towards Champions League qualification is not showing any sign of relenting just yet and there is no reason to suggest that it will any time soon.

On Saturday they take on a Crystal Palace side that has been on a very mixed run of form in recent weeks under Patrick Vieira, though they come into this one off the back of an impressive point at home against Manchester United, clinched thanks to Michael Olise’s stoppage-time free kick.

Here’s a look at the starting XI that Eddie Howe could pick to ensure another three points on a weekend where United and Arsenal face each other.

GK: Nick Pope – The fact that he is the clear starting goalkeeper for a team fighting at the top of the table could do wonders for his England prospects, even if Gareth Southgate is very wedded to Jordan Pickford.

RB: Kieran Trippier – Trippier’s impact at Newcastle appears to stem well beyond what he does on the pitch as he looks like a real leader within a dressing room that is currently in unchartered territory.

CB: Fabian Schar – Perhaps something of an unsung hero in this Newcastle team, Schar’s impact at both ends of the pitch has been crucial all season.

CB: Sven Botman – The Dutchman made a bold call turning down AC Milan for Newcastle but it looks to have been the right one as he is a vital player and looks undroppable.

LB: Dan Burn – He appears to have made that left-back position his own which is impressive from a natural centre-back. Palace’s pacier forwards may choose to attack down his side, though.

CM: Joe Willock – The energy Willock provides in midfield is vital to Newcastle. Few had high hopes for him when he left Arsenal but he has grown into a really solid Premier League midfielder.

CM: Sean Longstaff – The midfielder may be happy he did not force a move away from Newcastle when the chance arose a couple of years ago because he is now a really important part of Howe’s plans.

CM: Joelinton – Bruno Guimaraes is a major loss for Newcastle here and it means that Joelinton will drop deeper into the midfield, slightly hindering the balance of the side.

RW: Miguel Almiron – Nothing seems to be getting in Almiron’s way right now and he will be pleased to have a striker like Isak back in the team to work alongside. He will be a major handful for Palace.

ST: Alexander Isak – His return from injury against Fulham proved to be very successful as he netted the winning goal late in the game and Howe should let him build a run of form now.