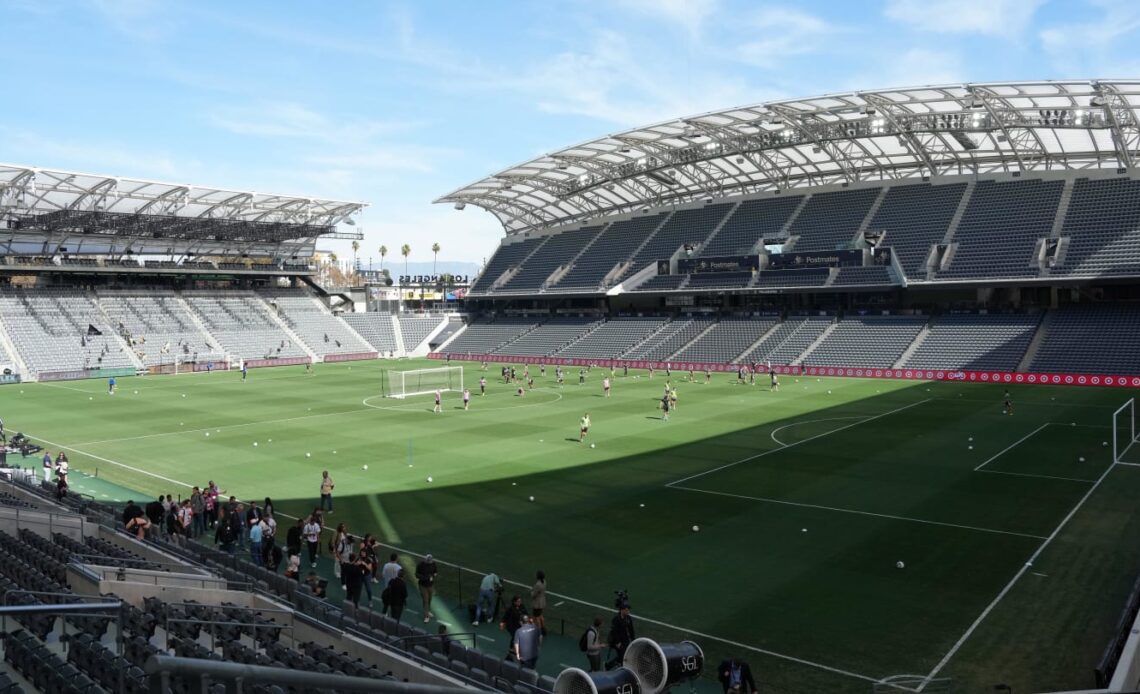 LAFC have announced a new agreement that will see their home venue renamed BMO Stadium ahead of the 2023 MLS season.

Since opening in April 2018, the 22,000-capacity venue – which also hosts NWSL side Angel City FC – has been known as Banc of California Stadium.

“Our partnership with BMO unites two organizations that share a vision and commitment to be leaders and forces for good in our community,” LAFC co-president and chief business officer Larry Freedman said in a club statement.

“BMO Stadium is the premier outdoor arena in the heart of Los Angeles, having established itself as a world-class sports and entertainment venue that hosts iconic concerts, events and top-level soccer. We are excited to begin our partnership with BMO, and to welcome our fans, supporters and the people of the city of Los Angeles to BMO Stadium.”

This is the latest step in BMO’s ongoing support and investment in North American soccer. The financial group already hold the naming rights to Toronto FC’s home venue, BMO Field, while they have enjoyed partnerships with fellow MLS sides CF Montreal and the Vancouver Whitecaps.

BMO has also invested over C$25m to help develop every level of youth soccer across Canada since 2005, helping support 150,000 young athletes in the sport so far.

“BMO is thrilled to forge this partnership with LAFC, which reinforces our bank’s commitment to growing the game of soccer across North America,” Cameron Fowler, BMO’s chief strategy and operations officer, said in a statement.

“Through BMO Stadium, we will share our passion for soccer and commitment to the Los Angeles community while bringing to life our purpose, to boldly grow the good in business and life. We look forward to supporting LAFC and its fans this season and beyond.”

BMO Stadium will play host to the defending champions’ first home game of the season against the Portland Timbers on March 4 following LAFC’s 2023 opener against arch-rivals the LA Galaxy a week previous.