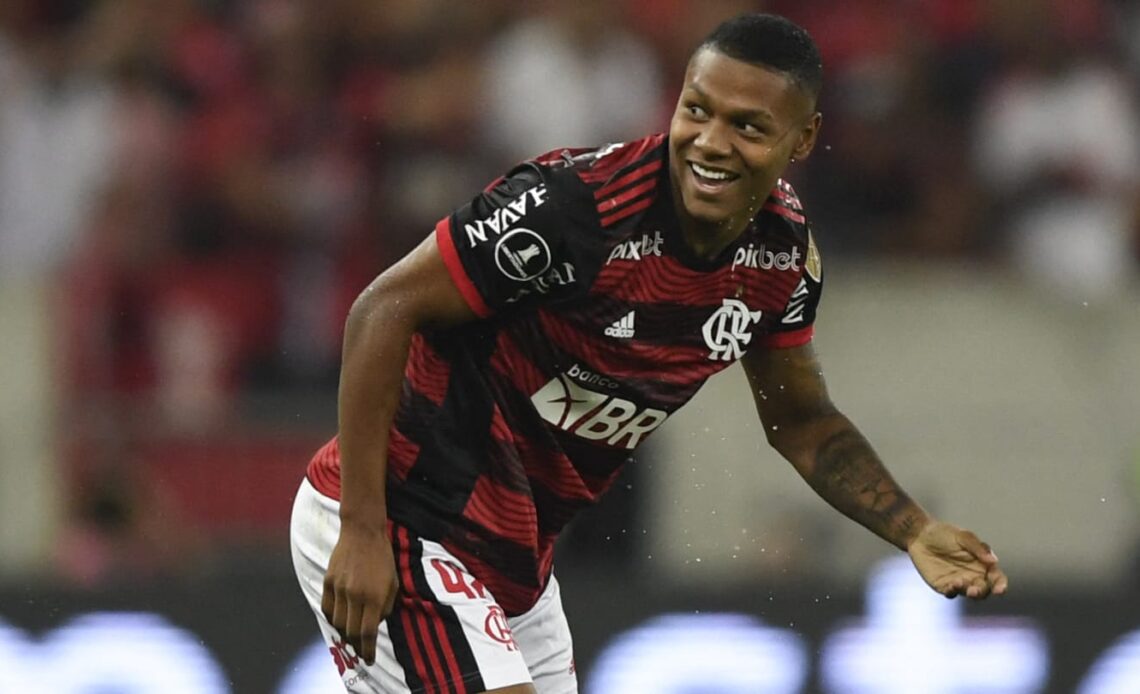 Newcastle United are continuing talks with Flamengo to try and reach an agreement over forward Matheus Franca, 90min understands.

90min confirmed at the start of January that negotiations were ongoing over a possible deal for the teenager, and with Chris Wood’s loan to buy move to Nottingham Forest completed, the Magpies now have more wiggle room in the transfer market.

Bayer Leverkusen had a £10m bid rejected for Franca earlier in the window, and Newcastle, via intermediaries, are understood to have lodged an offer worth around £14m.

But Brazilian giants Flamengo want more money for the talented 18-year-old, and are believed to be pushing for a deal of around £18m.

Lyon, who are also trying to beat Wolves to Franca’s teammate Joao Gomes, are also keeping tabs on the player, while there’s also been heavyweight interest from Champions League holders Real Madrid.

Having already missed out to Chelsea for Andrey Santos this January, Newcastle are keen not to miss out on another young talent, who is widely considered to be one of Brazilian football’s top prospects.

Under-23 international Franca has been a regular starter for Flamengo over the past year, and his current contract – that runs until 2027 – is thought to contain a huge release clause worth just shy of £75m.