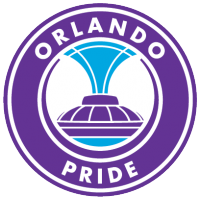 ORLANDO, Fla. – The Orlando Pride has acquired Adriana Leal da Silva, more commonly known as Adriana, via transfer from Brazilian side Corinthians, it was announced today. Adriana joins the Pride on a three-year contract, pending receipt of a P-1 visa and ITC, with Allocation Money used in both the signing and transfer.

“Adriana is an exciting, dynamic and entertaining player with an eye for the goal. She possesses great technical ability and an incredible work rate, and we’re extremely happy to have her as part of the Pride,” Orlando Pride Head Coach Seb Hines said. “She’s a player that thrives in one-on-one situations and one that will bring new attacking power to our front line. Adriana is already a winner for club and country but still has an ambition to take her career to the next level, and we’re happy to have her do so here in Orlando.”

“I am very happy to have signed with Orlando Pride, a special club. I am happy and excited to arrive there quickly and be able to do my best on the field to help Orlando win titles,” Adriana said. “It’s a big challenge ahead and we athletes are motivated by challenges. I’m ready to face all of them with all our strength as a team and fight tooth-and-nail. I hope it’s a very successful season for myself and for Orlando. Again, I am very happy to be part of this great club.”

Nicknamed “the Wizard”, Adriana has spent the previous five seasons with Brazilian side Corinthians, with her 2019 season shortened due to injury. Over her career in São Paulo, Adriana made 143 appearances, with 120 of them starts, scoring 72 goals, the second-highest in Corinthians history.

In 2018, after scoring 26 goals in 37 games and leading her side to the Brazilian Championship, the União, Brazil, native was named “Prêmio Craque do Brasileirão” – Player of the Year – by the Brazilian Football Confederation (CBF). Adriana was named to the CBF’s Team of the Year in both 2021 and 2022, the first two years the award was given in women’s football.

Prior to joining Corinthians, Adriana spent 2013-15…