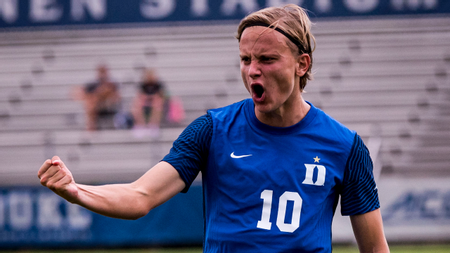 The training camp, scheduled for Jan. 19 through 29, will be held in Bradenton, Fla., at IMG Academy. Twenty-three players will gather in Florida as the team continues preparations for the upcoming FIFA U-20 World Cup, set for May 20-June 11 in Indonesia. U–17 MYNT head coach Gonzalo Segares will lead the camp. Segares has served as an assistant with the U–20s throughout their cycle. Players born on or after Jan. 1, 2003 are age–eligible for the 2023 FIFA U–20 World Cup. This training camp features 11 players born in 2003, nine born in 2004 and three born in 2005.

The Philadelphia, Pa., native was an All-ACC Second Team selection in 2022 after he started all 19 games for the Blue Devils. He scored one goal and led the team with seven assists for a total of nine points and matched his career-high for assists in a season. Pariano had a multi-assist game in Duke’s win at Louisville and he set up the game-winning goal at Virginia Tech in the regular season finale to help Duke finish undefeated for the first time since 1999. The Blue Devils advanced to the national quarterfinals in the NCAA Tournament and finished the year ranked No. 3 in the country by United Soccer Coaches – the highest postseason ranking for the program since 1982.

Pariano becomes the second Blue Devil this offseason to be selected to a United States Men’s Youth National Team training camp, after Kamran Acito made his U19 debut by attending the training camp session from Jan. 5-13 at the University of Miami.