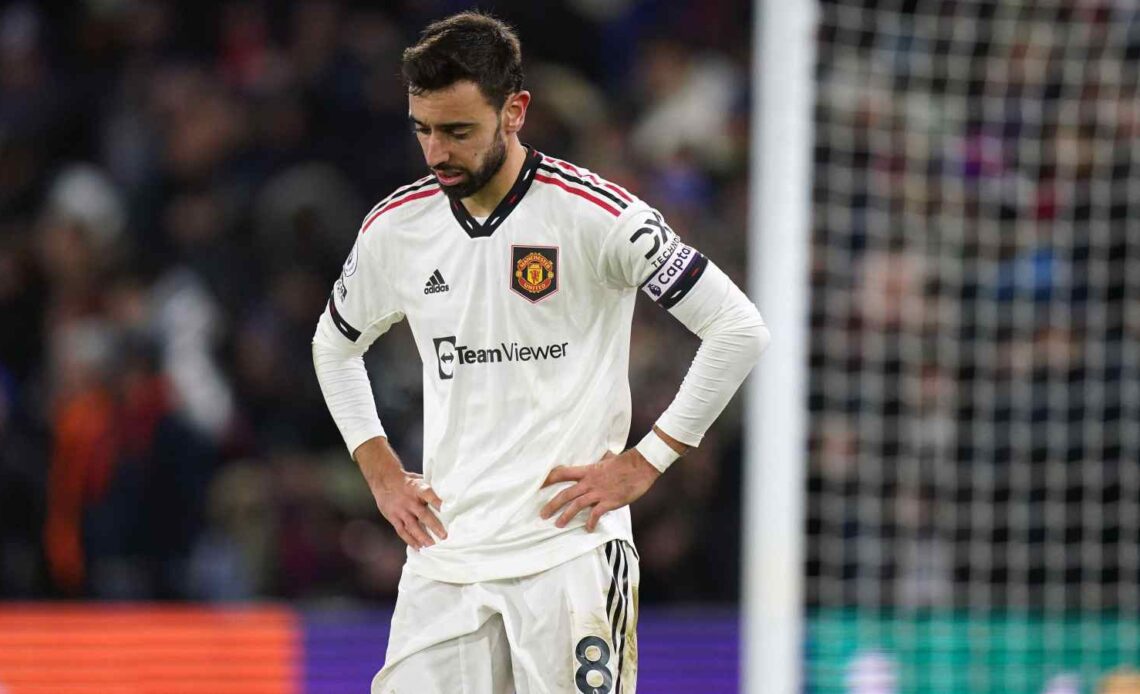 Michael Olise scored a wonderful injury-time free-kick to snatch a draw against Manchester United, who will be without Casemiro for their trip to Arsenal on Sunday.

Erik ten Hag’s side were on course to go second in the Premier League table after Bruno Fernandes’ first-half opener.

But Olise’s late strike means they now head to leaders Arsenal on Sunday eight points adrift and missing key midfielder Casemiro, who will be suspended after picking up a fifth booking of the season late on.

United debutant Wout Weghorst nearly opened his account for his new side, directing a first-half header over the crossbar, while a brilliant stop by David De Gea denied the hosts from taking a first half lead.

Fernandes handed the visitors the lead just before half-time, and United seemed poised to make it 10 wins in a row in all competitions before Olise levelled.

United dominated possession early on but failed to create clear-cut chances, with the in-form Marcus Rashford – who had scored in all seven games since returning from the World Cup prior – being kept quiet by the home defence.

Marc Guehi did well to stop the England forward from converting a dangerous run into an opener and by the 10-minute mark the visitors had managed just a single shot from Fernandes, dangerously spilled by Vicente Guaita before his defenders cleared.

Luke Shaw nearly opened the scoring but directed his powerful strike just wide of Guaita’s right post, while United survived a scare when Lisandro Martinez appeared to be caught by an elbow and lay on the pitch while he was attended to by medical staff.

He was deemed fit to continue and returned to action wearing a band over his head.

Weghorst nearly opened his account for United when he rose to meet Luke Shaw’s cross from the left, but the Dutch striker nodded just over the crossbar.

The Eagles were inches away from taking the lead when Olise found Odsonne Edouard, who directed a strike towards the top left corner but was denied by a brilliant leaping save from De Gea, who got his fingertips on the ball before it touched the crossbar.

And soon after the visitors broke the deadlock, when Christian Eriksen picked out Fernandes, who took a touch before firing past Guaita to finish a well-worked move in the 44th minute.

Patrick Vieira made his first change in the 56th minute and, as Eberechi Eze came on for Jean-Philippe Mateta, a pitch invader took…