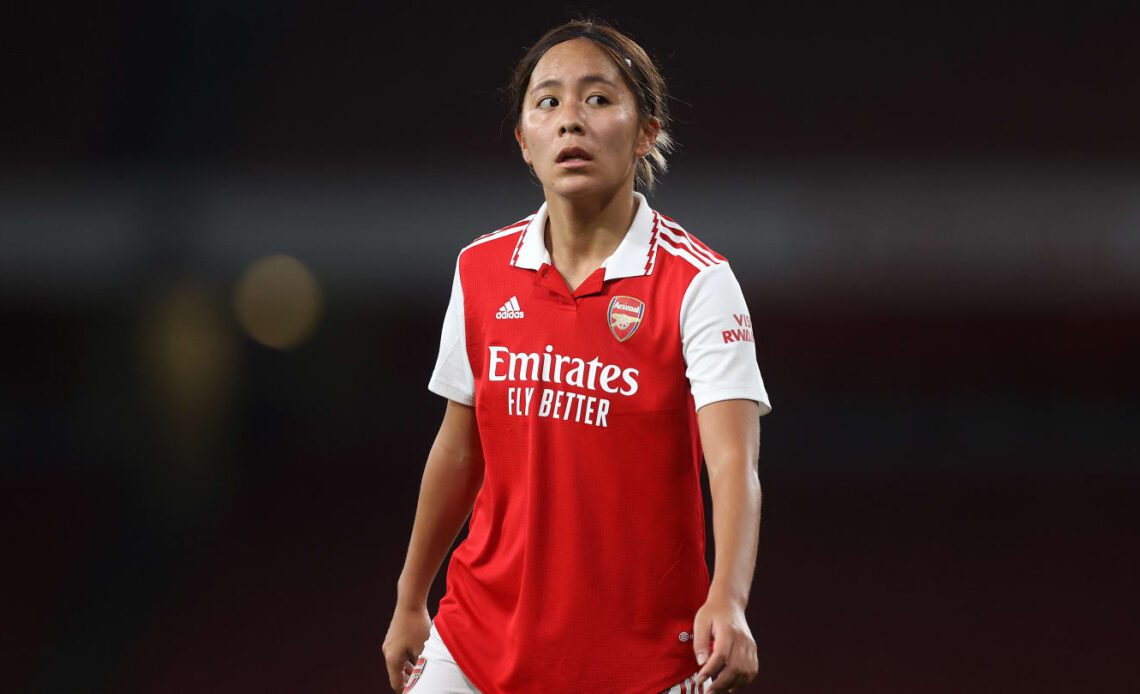 Tottenham have completed the signing of Mana Iwabuchi from rivals Arsenal on loan until the end of the 2022/23 campaign.

The Japanese midfielder joined the Gunners from Aston Villa in the summer of 2021, but has seen her minutes severely limited this term, starting just one match all season – a Champions League group stage clash with Zurich.

Iwabuchi is Tottenham’s second statement signing of the January transfer window, following the arrival of striker Bethany England from Chelsea.

“Someone said to me I’m an intelligent player – I bring my intelligence on the pitch for the team. I try to contribute. Now I’m a Spurs player so I try to do my best so please support me and please support Tottenham!”

The 29-year-old will wear the number 20 shirt for Spurs.

Mana Iwabuchi had been a target of Arsenal’s under former boss Joe Montemurro, and arrived at the club in May 2021 – three weeks after Montemurro had departed, and prior to the appointment of Jonas Eidevall.

Over the course of her debut season in north London, it was clear Iwabuchi was not part of Eidevall’s first choice midfield, and she struggled to nail down a regular starting spot, with Lia Walti, Kim Little, Jordan Nobbs, Frida Maanum and later Vivianne Miedema all ahead of her in the midfield pecking order.

She has featured even less frequently this term, playing just 121 minutes over the course of the first half of the season, even as injuries continued to mount for the Gunners. Arsenal have already signed midfielders Victoria Pelova and Kathrine Kuhl this window.

A World Cup winner and technically exemplary midfielder, Iwabuchi is clearly a top player – just not the right fit for Eidevall’s Arsenal.

Following the moves of England to Spurs and Jordan Nobbs to Arsenal, the signing represents another player of top four WSL quality who has joined a side outside the top four. This should subsequently increase the competitiveness in the league as the likes of Spurs and Villa attempt to bridge the gap between themselves and the top four.