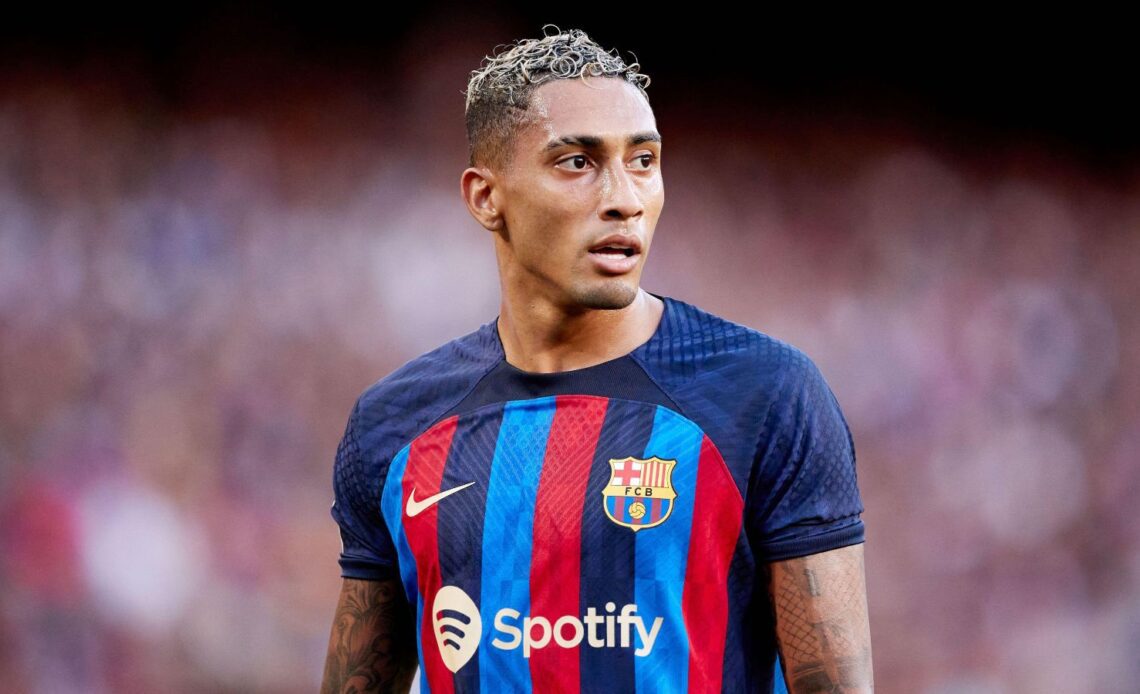 Despite multiple reports suggesting a move to sign Raphinha will be extremely difficult, Spanish newspaper Sport have claimed Arsenal are ‘insisting’ on the Barcelona winger.

Arsenal missed out on the signing of their top January target, Mykhaylo Mudryk, who joined Chelsea for a guaranteed £62million – potentially rising to £88m.

A move to the Emirates for the Ukrainian winger looked inevitable until the Blues did what they do best and hijack the deal.

Arsenal will surely go in for a new wide player with the squad looking pretty thin and one injury away from a potential meltdown amongst the club’s supporters.

Multiple names are being thrown about with Raphinha instantly emerging as a target when it was widely known Mudryk would be joining Chelsea.

Raphinha’s Barcelona teammate and former Manchester City forward Ferran Torres has also been linked with a move to the Premier League leaders.

These are just two names on the huge list the Gunners are apparently interested in. Whether they are on Arteta’s shortlist or not remains to be seen.

Wilfried Zaha has been linked with a move to his boyhood club for what has felt like the last ten years, while Brighton’s Leandro Trossard has reportedly been ‘offered’ to the Gunners.

There are a few wildcards in the mix as well, such as Eintracht Frankfurt’s Jesper Lindstrom, Villarreal’s Yeremi Pino, and Athletic Bilbao’s Nico Williams.

So the question is: will Arsenal bolster their squad with one or two signings or do what they did last January and take a risk with no new faces?

Given the amount of rubbish coming out about their apparent interest in Raphinha, it seems that nobody really knows the answer to that question.

According to Sport, Arteta really wants to sign Raphinha from Barcelona this month.

After losing out on Mudryk, Arsenal ‘contacted’ the player’s representatives to enquire about a January transfer.

Arteta ‘likes Raphinha a lot’ and may pursue a deal in the summer transfer window if he fails to bring the Brazilian to the Emirates this month.

The Brazil international is one of Arteta’s ‘great objectives’ and the player ‘likes’ the Arsenal manager ‘a lot’.

The Gunners want the former Leeds United winger ‘at all costs’ and are ‘willing to fight’ for his signature in the winter window after failing to land him last summer.

Raphinha is ‘flattered’ by Arteta’s interest in him but his priority is to become a key player at the Nou Camp.