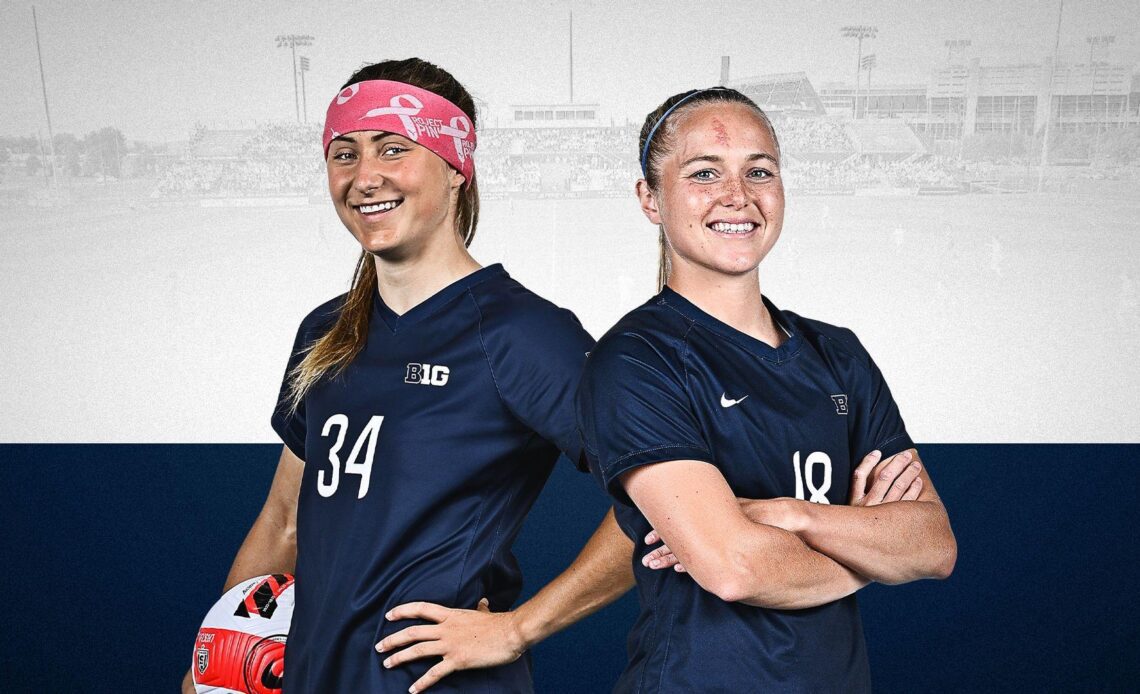 Hocking was selected as the seventh overall pick and Schlegel was chosen as the 23rd overall pick. The pair combined for 20 goals and 14 assists during the 2022 season as they led Penn State to its ninth Big Ten Tournament title and its sixth straight NCAA Third round appearance.

Both will join Penn State alumna (09′) and United States Women’s National Team goalkeeper, Alyssa Naeher, in the Windy City. Naeher has been a member of the club since 2016.

Hocking became the 15th Penn State player drafted into the NWSL in program history when the Chicago Red Stars selected her in the first round. The Anaheim, California native transferred to Penn State from USC for her fifth year of collegiate competition in 2022.

Congratulations, Penelope Hocking! 🤩👏 We are so proud of you!#WeAre pic.twitter.com/pTX87UzyUm

A two-time All-American with the Trojans, Hocking became USC’s all-time leading scorer in 2021, surpassing USC’s program record of 48 career goals, breaking a mark which had stood for 21 years. Her 54 goals were the 12th most scored in Pac-12 history.

Hocking finished her collegiate career with 61 goals and 33 assists for 155 points.

Schlegel was the second Nittany Lion to hear her name called on draft night becoming the 16th Penn Stater to be selected to the NWSL in program history as Chicago selected her with the 23rd overall pick in the second round.