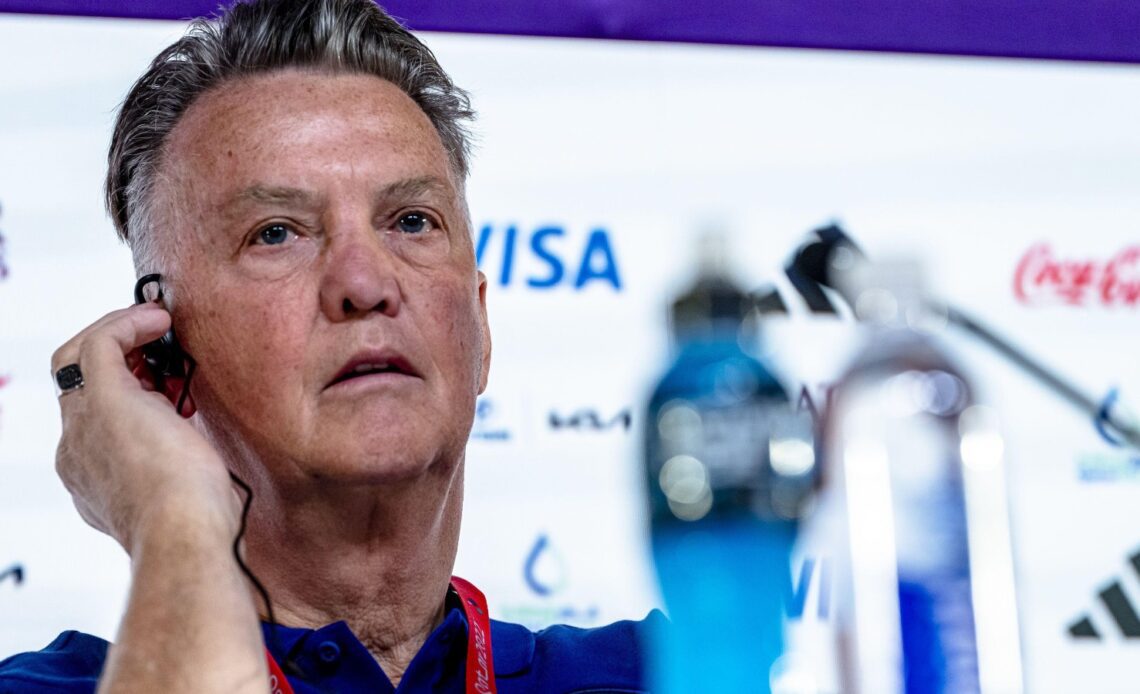 Netherlands coach Louis van Gaal said questions must be asked over whether FIFA has behaved correctly in the row over anti-discrimination armbands at the World Cup in Qatar.

The Dutch, who opened their Group A campaign with a 2-0 victory over African champions Senegal, were one of seven European nations who dropped plans to wear the rainbow-coloured ‘OneLove’ bands after FIFA threatened them with sporting sanctions.

The teams instead wore ‘No Discrimination’ armbands as part of an official campaign, leading to criticism of FIFA for again appearing to protect the sensitivities of hosts Qatar, a country where same-sex relationships are criminalised.

Van Gaal, who has previously been scathing about the decision to host the finals in the Gulf state, said on Monday night: “I don’t want to answer political questions, but one thing is clear – we’re not going to wear an armband if we are going to get a yellow card.

Van Gaal’s side had debutant goalkeeper Andries Noppert to thank for keeping out a powerful drive from Boulaye Dia in the 65th minute, and the Oranje took the lead when Cody Gakpo got ahead of Edouard Mendy to head home with six minutes of regular time left.

The Chelsea goalkeeper was again arguably at fault for the second deep into eight minutes of injury time, parrying a shot from substitute Memphis Depay into the path of another sub, Davy Klaassen, who slotted home the rebound.

Former Manchester United and Barcelona boss Van Gaal added: “We were shoddy and messy in possession, but we gave away very little.

“We gave away very few chances but I wasn’t satisfied with ball possession on our side, we were inaccurate and ran with the ball too much.”

Senegal, shorn of their star man Sadio Mane, are now on the back foot in the group with games against Qatar and Ecuador to come.

Their coach Aliou Cisse said: “It was a very difficult match, a balanced match, I don’t think the score reflected the match fairly.

“I was happy with how we performed, the next match is vital if we are to progress.

“The coach is responsible for any defeat – perhaps I’m the one to blame. We had two or three really good chances to score.

“But we did create chances, so we will take encouragement from…