Panthers Advance To Sweet Sixteen With Dominant 3-0 Road Victory Over No. 16 Akron 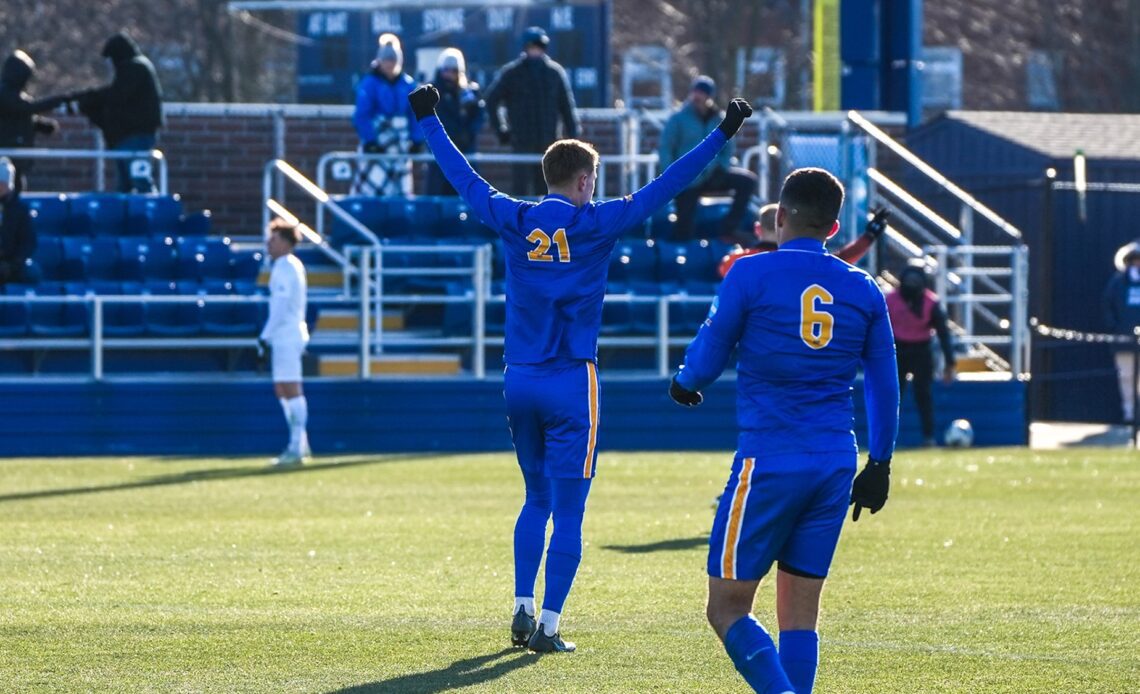 
AKRON, OH – For the third straight year, the Pitt Men’s Soccer team (10-4-5, 3-2-3 ACC) earned a spot in the Sweet 16 as the Panthers collected a 3-0 road victory over the No. 16 Akron Zips on Sunday afternoon at FirstEnergy Stadium. The win marked Pitt’s first at Akron since the 1965 season.

The Panthers got on the board first in the ninth minute as Mateo Maillefaud was tackled inside the box by the Akron keeper and Pitt was awarded a penalty kick. On the ensuing penalty kick, Valentin Noel calmly stepped up and buried the ball into the lower left corner for his eighth goal of the season.

Pitt had a good chance in the 30th minute as Bertin Jacquesson made a nice move to get free at the top of the box but his hard shot went over the cross bar and out of play. The half concluded with a Noel shot from the left of the box that soared over the bar as Pitt entered the locker room with the 1-0 lead.

Pitt doubled up their lead just three minutes into the second half as they were awarded another penalty kick as Jacquesson was tackled inside the Akron box. On the ensuing kick, Noel made it 2-for-2 on penalty kick attempts as he beat the keeper to the right corner to make it 2-0 in favor of the Panthers.

In the 63rd minute, Akron was awarded a free kick from just outside the box. On the ensuing kick, Joe van der Sar made a huge diving stop to his left to preserve the two-goal lead for the Panthers.

A minute after the big save by van der Sar, Luis Sahmkow made it 3-0 in favor of the Panthers in the 64th minute as he tapped the ball into the left corner of the goal. Jackson Gilman started the play as he headed a ball to Jacquesson who ripped a shot towards goal where Sahmkow redirected the ball into the lower left corner for his fourth of the season.

For the match, Akron held the 19-10 edge in shots and 7-3 lead in corner kicks but the Panthers notched their 10th win of the season. Noel led the Panthers with four shots in the win while van der Sar made five stops in his seventh clean sheet of the season.