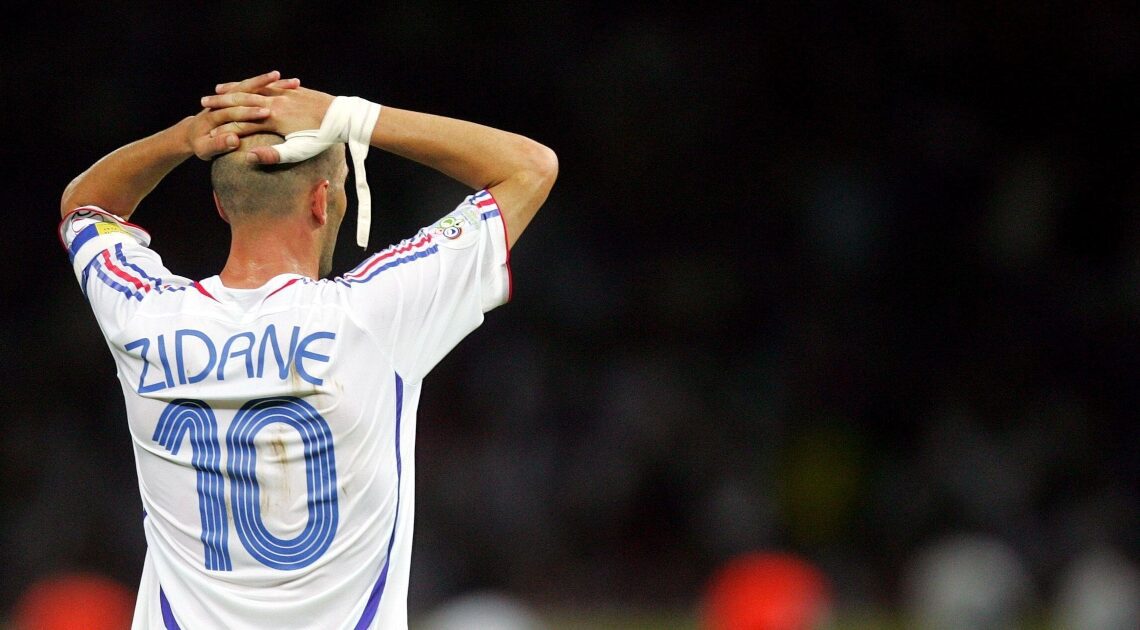 The 2006 FIFA World Cup perhaps wasn’t the best edition in the competition’s history – but it provided enough bonkers moments to keep the world entertained.

Germany hosted the month-long jamboree and proved to be splendid hosts – the combination of beer and bratwurst was always likely to win over football supporters – while Italy won the trophy after a penalty shoot-out victory over France in the final.

The tournament was a disappointment for some. Only 2.29 goals per game were scored – the third lowest in World Cup history – while upsets and classic matches were scarce.

But the 2006 edition more than compensated with iconic moments of shithousery and some of the best goals ever scored in the Copa Mundial.

We’ve collected 15 of the most bonkers moments from Germany 2006, from the well-known to the more obscure.

Opening games used to be tight and tense affairs before Germany and Costa Rica made the brave break from convention.

Six goals were scored, with Germany running out 4-2 victors, including this absolute ripsnorter from Torsten Frings.

Flintoff was a national treasure in 2006 having helped England regain the Ashes during the previous summer.

So, naturally, the BBC included an interview with the cricket star before England’s opening match against Paraguay.

It quickly became clear, despite some strategic sunglasses, that Flintoff had somewhat overindulged in the Frankfurt tap water.

The result was three glorious minutes of Freddie chatting shit to a bemused Ray Stubbs.

Having captured the nation’s imagination with the robot dance and, more importantly, having been invited to David Beckham’s birthday party, Crouch started the World Cup as England’s only fully fit striker.

And, after England had huffed and puffed for 80 minutes against Trinidad and Tobago, the Liverpool striker broke the deadlock with a towering header to relieve all the tension.

On second viewing, Crouch had given himself a headstart by tugging Brent Sancho’s dreadlocks. VAR would never have allowed it.