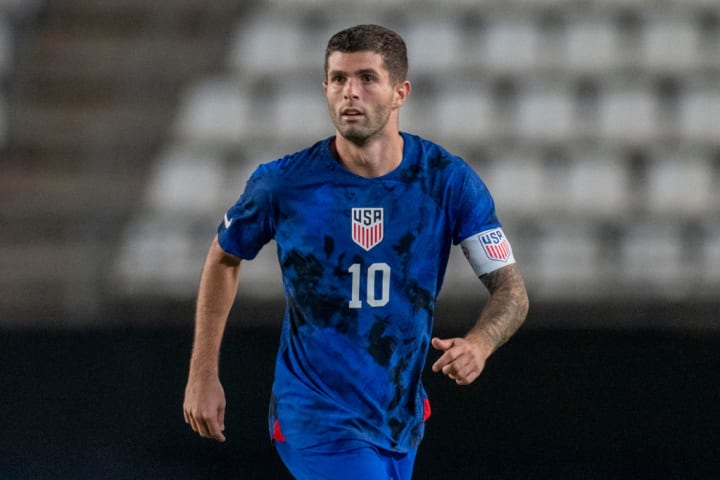 The United States return to the game’s global stage with an opening World Cup group stage match against Wales.

Russia 2018 was the first World Cup since Italia ’90 that didn’t have the star-spangled banner on display. Under the stewardship of Gregg Berhalter – who was part of two World Cup squads as a player during that stretch – the United States secured automatic qualification ahead of Costa Rica by goal difference alone.

Here’s the lineup Berhalter may deploy now the States are back on the grand stage.

GK: Matt Turner – The last American goalkeeper to play in a World Cup game got a call of congratulations from the United States President for his performance after the match. Tim Howard has left some big gloves for Turner to fill.

RB: Sergino Dest – According to his father Kenneth, who spent 25 years in the US Army, the Dutch-born fullback “felt a sense of loyalty” to the United States when choosing to represent America over the Netherlands.

CB: Walker Zimmerman – ‘Professional Athlete’ were the two words Zimmerman vividly remembers scrawling when asked what he wanted to be when he grew up in second grade. Tick.

CB: Aaron Long – With a brace against Trinidad & Tobago in 2019, Long became the first defender to score two goals in the same match for the USMNT. He has scored just once since.

LB: Antonee Robinson – The indefatigable Fulham defender is one-half of the fullback pairing which Berhalter calls the team’s “superpower”.

CM: Yunus Musah – The 19-year-old has racked up more minutes for the US men’s national team than any other player, overtaking Christian Pulisic in June.

CM: Tyler Adams – The Leeds United midfielder collected the first red card of his senior career in the last Premier League match before joining up with his national team.

CM: Kellyn Acosta – Gareth Bale’s LAFC teammate admitted he and his compatriots have “got to literally start kicking him around the field a little bit” to put off the Wales star.

RW: Brenden Aaronson – Before every match, Aaronson will phone his grandfather to go through visualisation techniques.

LW: Christian Pulisic – The poster boy of US soccer has only made three Premier League starts for Chelsea this season.