State’s Historic Season Ends in Second Round of NCAA Tournament 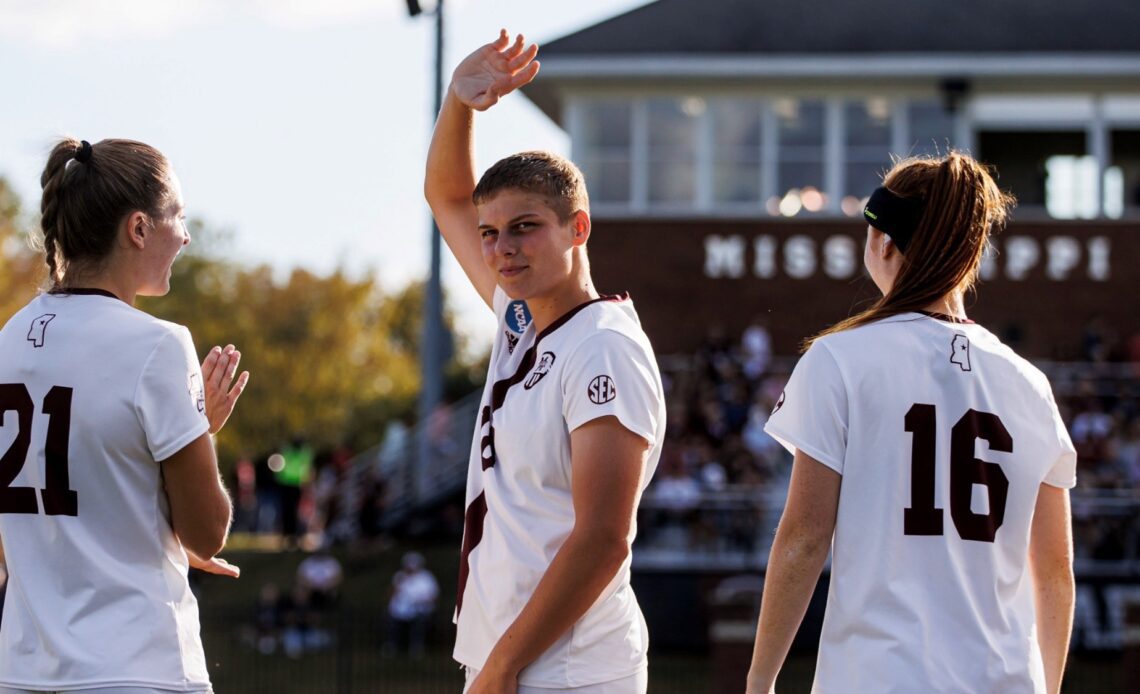 FAYETTEVILLE, Ark. – The most historic season of Mississippi State soccer’s program came to a close in Fayetteville, Arkansas, on Friday night.

In the 2022 campaign, the Bulldogs tallied 12 or more wins on the season for only the third time while also securing first-ever wins in both the SEC Tournament and the NCAA Tournament.

“This afternoon didn’t go as we had hoped, but [I’m] still super proud of this group and their historical season,” head coach James Armstrong said. “Congratulations to Memphis on the win and best of luck to them moving forward. We will learn from this, regroup and look forward to developing this group further in the spring.”

Despite all the hard-earned success found this season, State fell to Memphis, 4-0, in the second round of the NCAA Tournament.

MSU ended the post season with four different Bulldogs, spanning across three classes, scoring the four goals. Two of State’s seniors scored the only two goals on a neutral field.

MSU ended its 2022 campaign scoring 28 goals across 22 matches with over 8,500 State fans filing in to MSU Soccer Field to support the Bulldog soccer program.