Exclusive: How Mikel Arteta kept Eddie Nketiah at Arsenal despite two transfer suitors in the summer 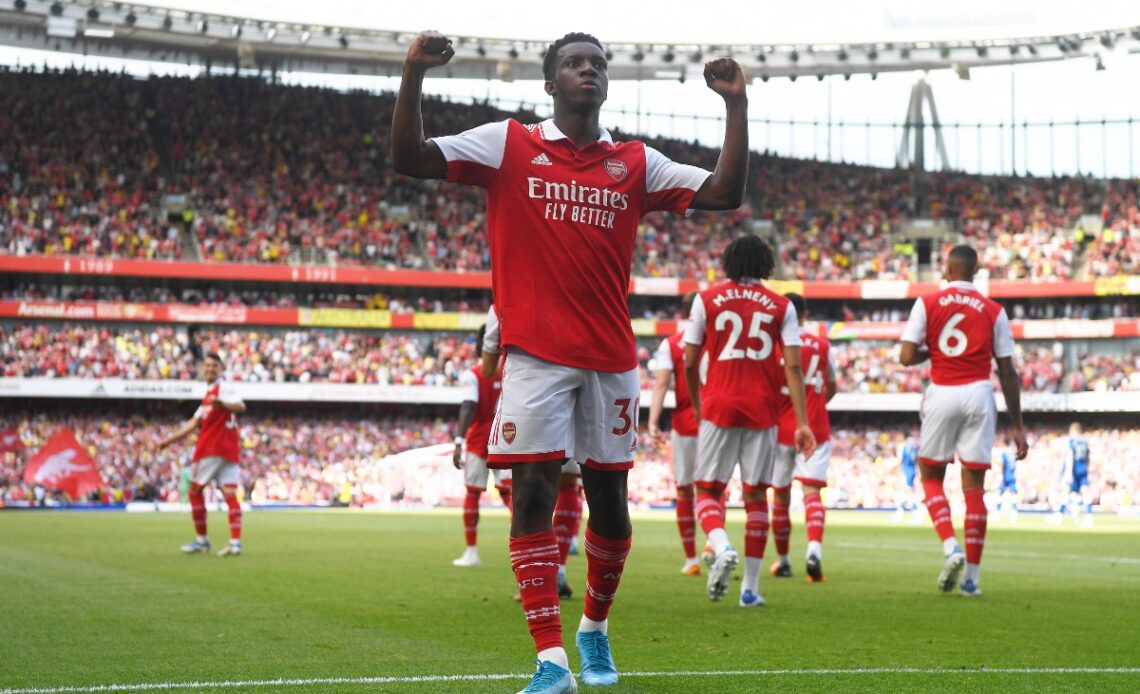 Arsenal manager Mikel Arteta made a vow to Eddie Nketiah about his role in the team as he managed to convince him to sign a new contract in the summer.

According to Ben Jacobs, writing in his exclusive weekly column for CaughtOffside, Nketiah was the subject of interest from both Crystal Palace and Bayer Leverkusen in the summer, but Arteta was key to keeping the player at the Emirates Stadium.

The 23-year-old is now proving a key figure in Arteta’s squad, becoming their top scorer after filling in superbly for the injured Gabriel Jesus.

Jacobs insists Arsenal didn’t panic after the injury to Brazil forward Jesus, with Arteta clearly always having a lot of faith that Nketiah could work his way into the team.

It seems this belief from the Spanish tactician was key for the England Under-21 international as he decided to stick it out with the Gunners.

“Mikel Arteta has always known what he’s capable of, and let’s not forget, even before Gabriel Jesus arrived and subsequently got injured, Nketiah was in fine form last season, scoring five goals in seven Premier League appearances towards the end of the campaign,” Jacobs said.

“Arteta was keen to persuade Nketiah to stay, and it’s no coincidence that after signing that new deal he was handed the famous no.14 shirt at Arsenal, worn by the likes of Thierry Henry, Theo Walcott and Pierre-Emerick Aubameyang. You just don’t get that shirt unless you’re seen as integral.

“Still, Nketiah was quite close to leaving Arsenal at one point. There was firm interest from Crystal Palace, and from outside the Premier League from Bayer Leverkusen, who considered making an offer. Nketiah didn’t just have doubts about game time, although that was always going to be a factor, but last season he played a lot and that gave him firm belief in his abilities as a starter. When a player gets into the team regularly and they feel they’re at their peak, but they have doubts if they’ll play week in, week out, it can lead to them assessing their options.

“This is where Arteta stepped in and gave Nketiah clear and direct assurances about his role, and made him feel highly appreciated. For Nketiah prior to the end of last season and before now, maybe he did always feel a bit like a backup, he was behind Aubameyang and Lacazette until they stopped scoring freely, and even when he was on loan at Leeds he spent a lot of time on the bench.