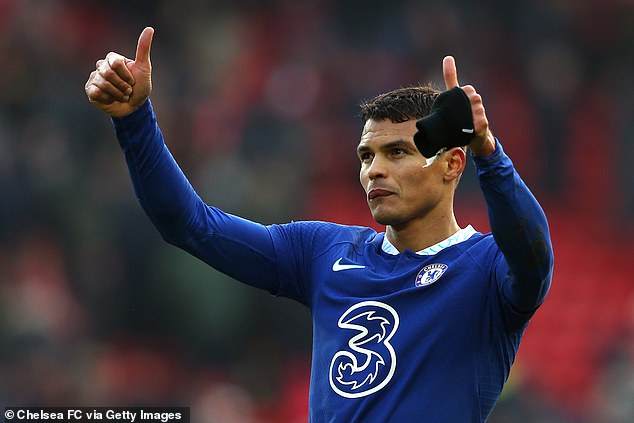 By Luke Augustus for MailOnline

Thiago Silva‘s spell at Chelsea is set to be extended with the veteran centre back close to signing a new contract.

As detailed by Sportsmail on Monday, the Blues are going to offer the 38-year-old a new deal beyond this season.

And according to the Mirror, the Brazilian will sign the fresh terms which will keep him at Stamford Bridge beyond his 39th birthday. 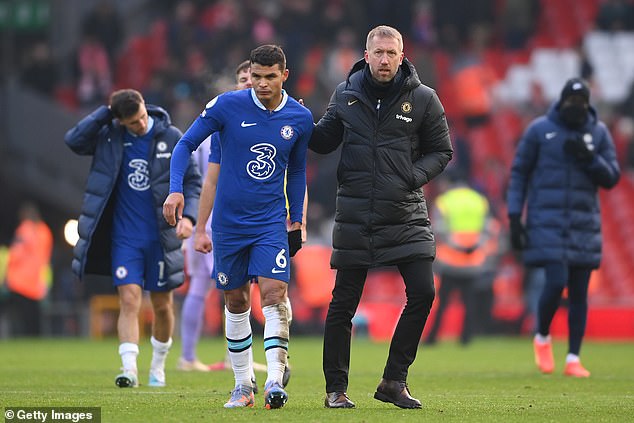 Silva remains at the heart of Chelsea’s defence and has been one the constant in a campaign of disarray.

Blues boss Graham Potter is acutely aware of Silva’s importance and is ‘determined not to lose his leadership and experience’ in what is becoming an ever-more increasingly young dressing room in west London.

In Saturday’s 0-0 draw at Liverpool, Silva was the central centre-back of back three with Trevoh Chalobah, 23, to his right and new £35million signing Benoit Badiashile, 21, to his left. 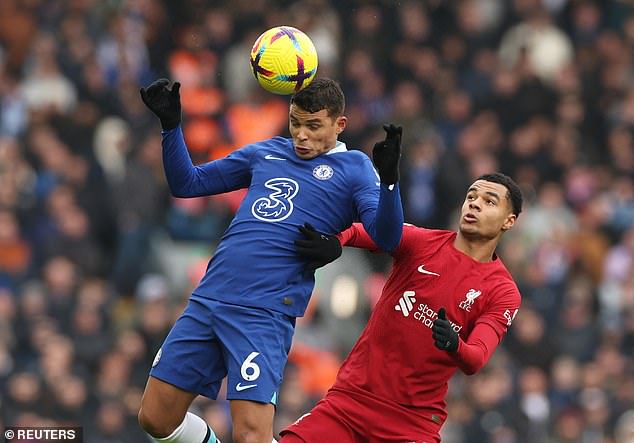 Silva is said to be enjoying life in London since arriving from Paris Saint-Germain in 2020 and is reportedly keen to continue playing until he turns 40.

Todd Boehly has already spent £450m on transfers since taking over the club last year, including well over £150m this month.

He is showing no signs of slowing down his spending as he looks to help Chelsea recover from a tough situation and climb from 10th in the Premier League table, but will hope his investments, such as Badiashile and Fofana, will reap reward soon.