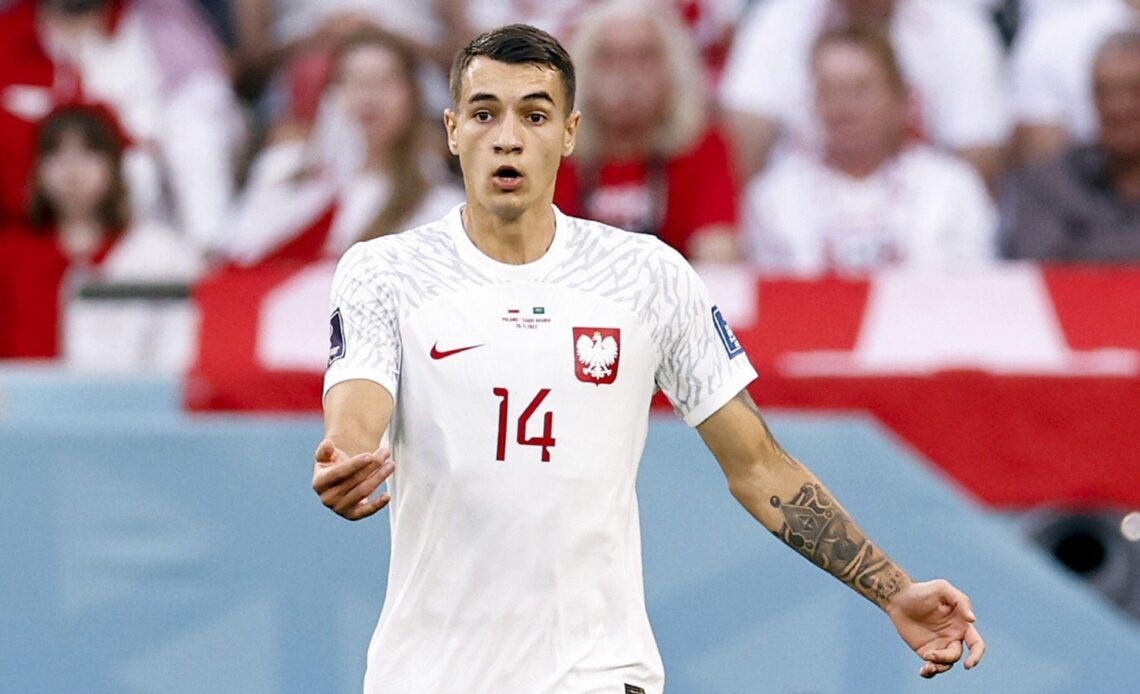 On the face of it, Jakob Kiwior seems like another sensible Arsenal signing; low-key, young and providing depth at centre-back as the Gunners push for the Premier League title.

Kiwior is now in place for when Gabriel feels his hamstring tighten, William Saliba needs a breather or to fulfil those pesky Europa League obligations.

His signing also plays into the school of thought that title-chasing sides shouldn’t rock the boat mid-season; Rodney Marsh was blamed for derailing Manchester City’s championship hopes in 1972, while Newcastle fans have bittersweet memories of Tino Asprilla’s first half-season in England.

Considering that news of his arrival caused Arsenal fans to type his name into Google frantically, Kiwior would appear to be an unassuming and canny acquisition by Mikel Arteta.

But what if conventional thinking is flawed? What if the 22-year-old has the potential to startle English crowds with his powerful dribbling and unerring finishing? What if Kiwior has the capability to turn Arteta’s hair grey overnight?

Evidence from his days at MSK Zilina suggests chaos could become a fortnightly serving at the Emirates. With the Slovakian side cruising during an August 2020 fixture with MFK Zemplin Michalovce, Kiwior received the ball on the halfway line and shot forward like a Mento out of a Coke bottle.

Striding forward in a bewitching straight line, the Poland international paid the loosest one-two we’ve ever seen before tucking his shot into the bottom corner.

Kiwior has moved to Emirates Stadium in a deal worth £20 million, signing a four-and-a-half contract with the North London club with the option of a further year.

Speaking to the club media following his move to Arsenal, the Poland World Cup defender explained the reasons behind his switch to the Premier League leaders, revealing that their style of football was a big factor.

“When I saw my name on an Arsenal shirt for the first time, I just laughed!” Kiwior said.

“I was so happy to see my name on the shirt of such a huge club. For me, it is an incredibly happy moment and the pinnacle to play for such a big club.

“I have always dreamt of playing in the Premier League. I knew it would not be easy, and if I…